With that being said, take a look at the cars currently lined up to be auctioned off for charity at the 2017 Barrett-Jackson Northeast Auction. 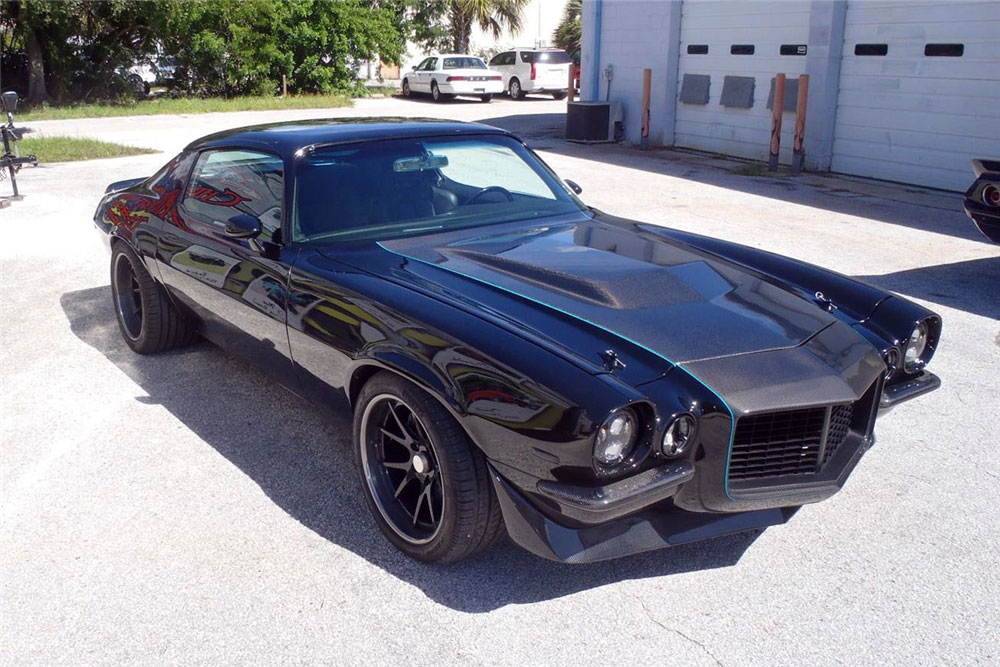 Nicknamed "Betty," this Pro-Street build by Chimera Customs underwent a year-and-a-half-long, frame-off restoration. Photo-documented; a copy of the photos, all product paperwork and a custom car cover go with the car. At its heart, this custom is powered by a 454ci LS7 engine mated to a 6-speed manual transmission. With a black-over-black color scheme, it's appointed with power steering, Vintage Air, custom 3" exhaust and custom driveshaft. The undercarriage was sprayed with Raptor truck-bed liner. All the suspension hardware was upgraded to grade-8, and it has Ringbrothers fender supports and hood pins. Other features include all-new glass, JW speaker LED headlights, Fessler LED front turn and rear taillights and a Detroit Speed 6-speed windshield-wiper motor. A Phantom LED side-marker is also included. **WILL BE SOLD AT APPROXIMATELY 5:30PM ON THURSDAY, JUNE 22, 2017** 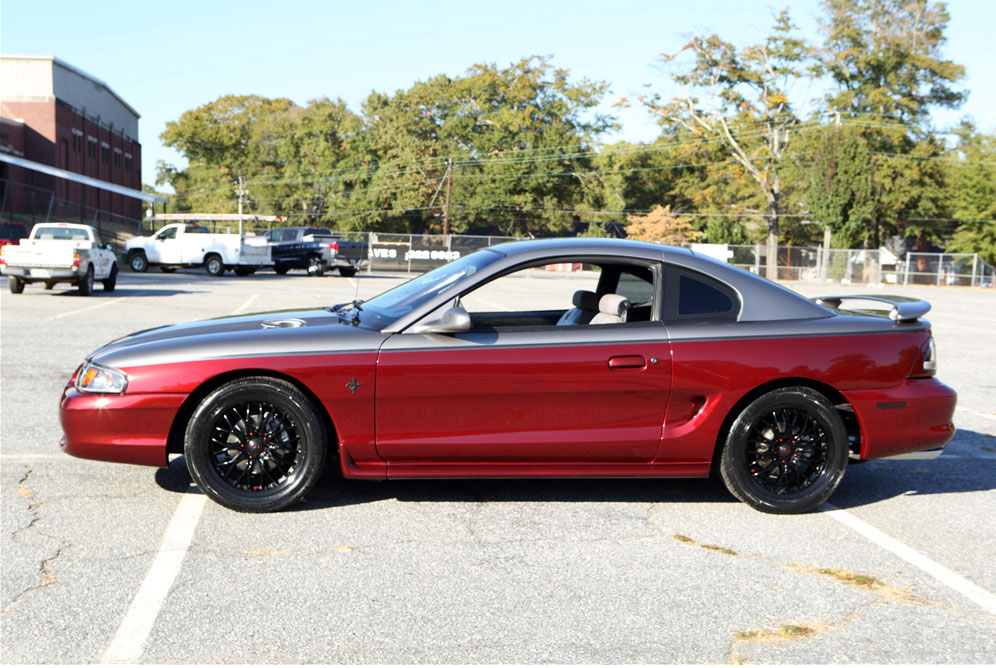 Winner of the 2016 Quaker State Best in Class competition, this Mustang is dressed in the school colors of winners Jordan Vocational High School in Columbus, GA. It's powered by a 3.8-liter engine with automatic transmission. New parts include suspension, brake parts, radiator, engine gaskets, paint, seals, belts and hoses. This Mustang represents the spirit and enthusiasm of the kids who built it. CARFAX shows Georgia damage report on 01/28/00. Accident reported involving rear impact with another motor vehicle. Slight damage reported.  **WILL BE SOLD AT APPROXIMATELY 5:30PM ON FRIDAY, JUNE 23, 2017** 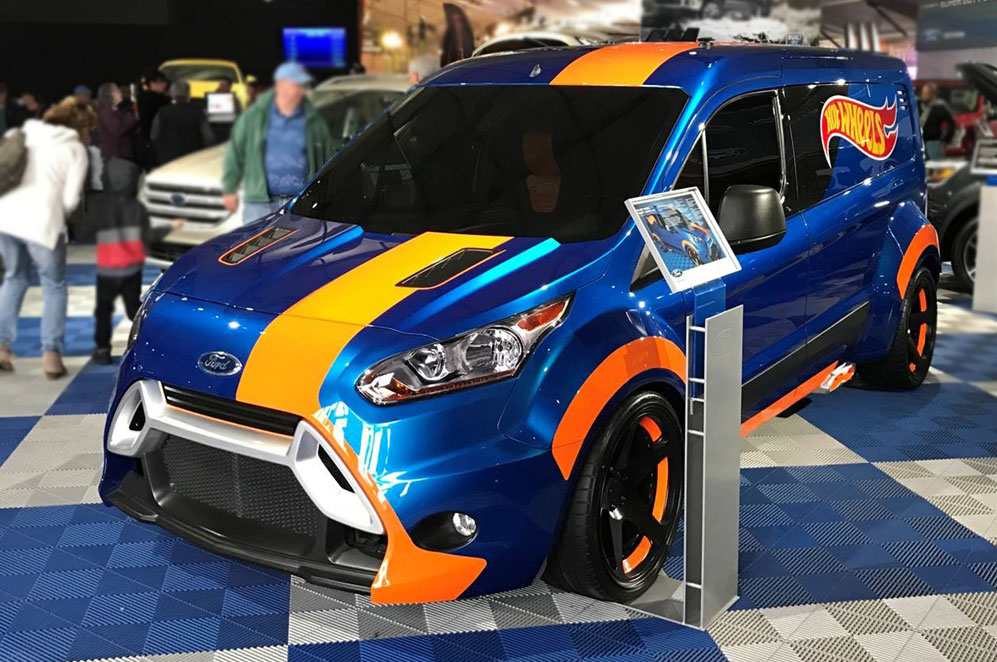 Charity: 100 PERCENT OF HAMMER PRICE TO BENEFIT THE DARRELL GWYNN CHAPTER OF THE BUONICONTI FUND TO CURE PARALYSIS

Ford Motor Company is auctioning the world's only life-sized Hot Wheels Transit Connect to benefit the Darrell Gwynn Foundation. This 2014 Ford Transit Connect in Hot Wheels livery was revealed at the 2013 SEMA show. It features an entirely custom, Euro-look wide-body kit, Rotiform ROC wheels, sleeping quarters and tool storage, with slide-out drawers for Hot Wheels cars. Michigan-based custom builder Ice 9 Group worked with designers from Ford and Hot Wheels to create this one-of-a-kind dream machine. Using computer-aided drafting and tooling, they removed the old body panels and crafted an entirely new look. Every single aspect of the exterior is different, including the roof. Powered by a 2.5-liter engine, the Hot Wheels Transit Connect was widened 4" in front and 6" at the rear. It features functional custom exhaust, gullwing doors, new front fascia and bumpers inspired by Focus RS, and custom 20" wheels. The interior was customized with a Sortimo secondary floor installed covering the tool storage, a 55" television screen, two 18" tablets in the rear doors and custom Recaro seats. Two Hot Wheels Orange tracks are recessed in the bed, forming a drag strip right down the center of the van. Mattel also offered a 1:64 diecast scale model of the custom vehicle through retailers worldwide. All proceeds from the sale will benefit the Darrell Gwynn Quality of Life Chapter of The Buoniconti Fund to Cure Paralysis. Led by the former drag racer, the Chapter has several quality critical initiatives, including wheelchair donations, and assists in raising funds and awareness to support The Miami Project to Cure Paralysis.

See These Cars at the Barrett-Jackson Northeast Auction

It's not too late to get access to the Barrett-Jackson Northeast Auction! With Barrett-Jackson VIP Experiences, you will enjoy premium food and drinks in a first-class hospitality suite, auction block tours, tickets to the Opening Night Gala and many more VIP extras. Click below or give us a call at 844.528.3598 for more information.