Need a reason to attend the Barrett-Jackson Northeast Auction? We have plenty, but we’ve narrowed it down to the top four. You don’t want to miss out on the fourth annual Northeast Auction at Mohegan Sun – and here’s why!

One of the biggest selling points of the Northeast Auction is its location at Mohegan Sun.

Mohegan Sun is one of the most spectacular entertainment, gaming, dining and shopping destinations in North America. It is situated on 185 acres along the Thames River in southeastern Connecticut, and is home to three casinos, a 34-story, 1,200-room luxury hotel and a world-class spa. It features a golf course, over 85 shops, restaurants and bars, as well as three award-winning entertainment venues, including a 10,000-seat arena.

Last year, the auction block was held inside the Mohegan Sun Arena, ranked among the top venues in the world according to Billboard Magazine, Pollstar and Venues. The event features elements from the famous original Scottsdale auction, such as the Opening Night Gala, Ride ’N Drives & Thrill Rides with Chevrolet, Ford and Dodge, as well as a huge marketplace of vendors and exhibitors.

Here's a further look at Mohegan Sun and the auction event map.

One thing we love about Barrett-Jackson is how several cars are always auctioned off for charity. This holds true at the Northeast Auction as well. In the first year of the event, we saw some really unique and exciting charity cars be auctioned off, including a Jeep Wrangler Unlimited Custom donated by Zac Brown and a 1969 Chevrolet Camaro Custom Convertible donated by Carolina Panthers tight end Greg Olsen. The weekend raised a combined $605,000 for six different charities. We can’t wait to see which cars will be donated this year!

Naturally, the cars on the docket are a huge reason to attend a particular auction. Although Barrett-Jackson has not released the collector car docket for this year’s auction yet, we can be sure it’s going to be nothing short of spectacular. Last year, the top ten car sales during the auction included a wide range of American muscle, European classics, exotic sports cars and one-of-a-kind customs. 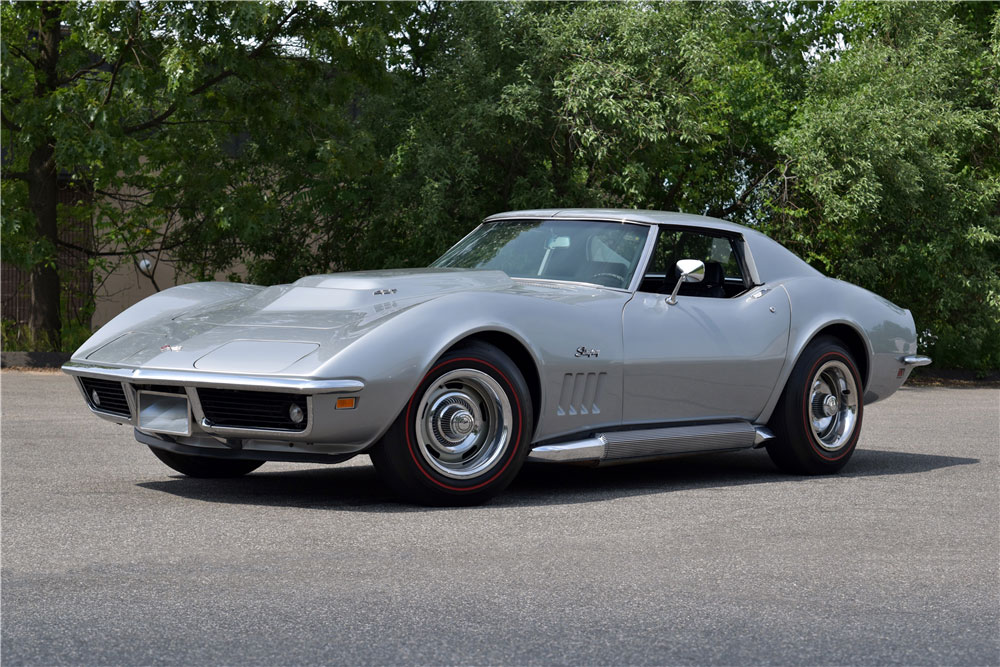 The experience at Mohegan Sun is hard to beat. The inaugural auction was such a success that it only makes sense to continue our VIP Experience program this year. Here are a few highlights of the experience.

The auction block tour is one of the most exciting parts of the entire auction. You are able to actually go up on the block while a Barrett-Jackson expert (typically, the General Manager) gives the inside scoop on the auction and its production. He will give the full rundown on the TV broadcasting, online bidding, history and more. There is nothing like being up close to where all of the bidding action is happening.

In addition, you will be able to take a photo on the block in front of the Barrett-Jackson logo, located between the auctioneer and the cars. This is definitely something you want to print out and frame! Talk about some good memories.

During the tour, you will also get the chance to tour the staging lanes. Keep in mind that as a VIP guest, you can go up on the block and to the staging lanes at any point during the auction. The tour, however, is perfect for gaining an understanding of everything that is happening! 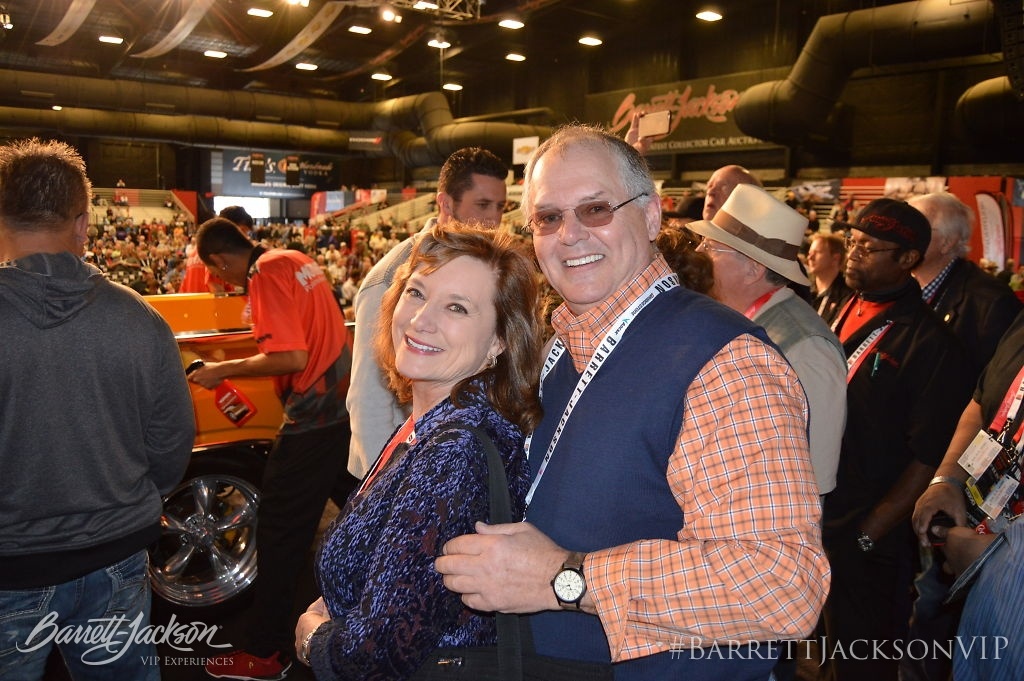 One of the best components of a Barrett-Jackson VIP Experiences package is the hospitality access. Each of our venues provides elevated views of the auction arena as well as premium food and an open bar. In other words, say goodbye to the typical fare and hello to gourmet!

The top shelf open bar is a big hit – sure, there are others areas where you can get a drink, but it comes with a price and requires patience. You may end up waiting in a 15-20 minute line, whereas you can walk right up to the bar in our hospitality venue. Having a space to retreat to and escape the crowds is definitely a bonus and worth every penny.

Get Your Official Ticket Package