As we roll into the second half of 2018, Barrett-Jackson® heads north to the Mohegan Sun in Uncasville, Connecticut for their third event of year! This is the 3rd Annual Northeast Auction, and it promises to be the best yet, boasting some of the best muscle, sports and luxury cars that money can buy.

With the event evolving over time from just an auto show to a full weekend-long experience, we thought it would be good to take a sneak peek at five of the cars we think will stand out among the rest!

When it comes to strength, durability and overall toughness, not many can compete with a Land Rover. The all-terrain brand has captured the hearts of celebrities and car-buffs alike over the years, and two versions of the Land Rover Defender will be at Auction at the Northeast show.

Of the two models, all eyes will be on the orange-and-black 1987 Land Rover Defender custom pickup. The popping paint job attracts the general onlooker, including a consistent orange-and-black leather interior as well, but it's the modification on this model that make it so unique. This Defender boasts custom 20-inch wheels, a custom grille and a built-in Sony Bluetooth radio and speaker system. If that's not enough customization, this Defender also features right-handed drive. 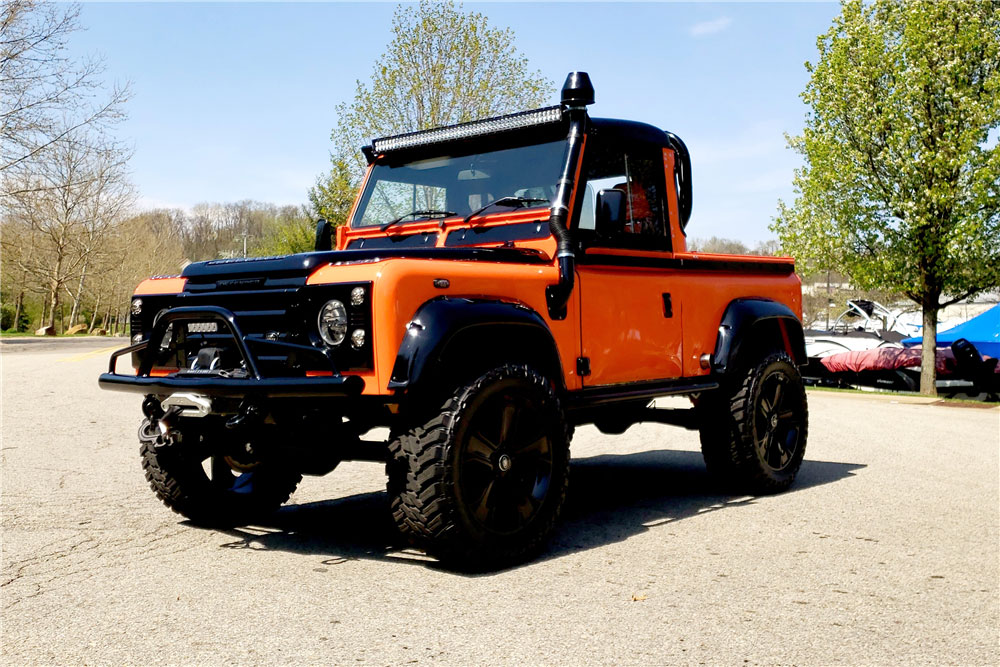 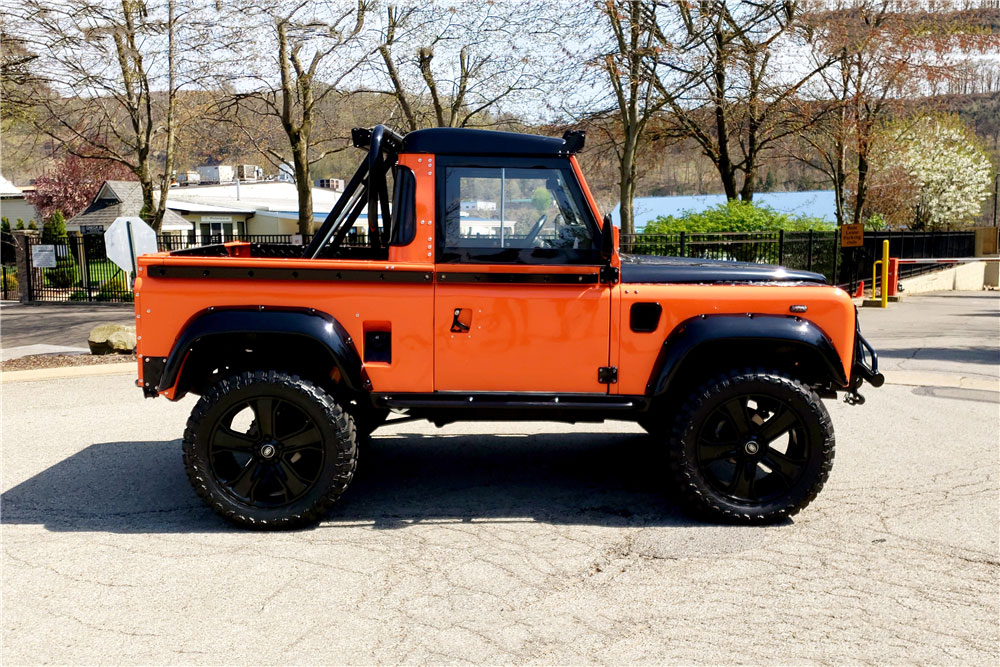 There's something special about a car that's dazzled on the silver screen; a vehicle so lavish and lush that it can be used as a device to carry a film. That's the case with this 1970 Dodge Coronet Super Bee, which was the feature car in Spike Lee's 2002 film, "25th Hour". Academy Award Nominee Ed Norton had his hands on the wheel of the Super Bee in the film, driving the movie, and the car, to critical and commercial success.

What's special about this specific "movie star" of a car is that it was the only one used for the filming of "25th Hour". Typically, several versions of the same car will be used on set during the production of a movie.

The car is completely restored, including new paint coats, striping, carpeting, headliner, and vinyl roofing. It also has an upgraded 440 Magnum Six-Pack engine and a Pro-Torque starter, new gas tank and lines and rebuilt brakes.

The coolest part of this car being on the auction block? It comes included with a signed copy of Lee's original script for "25th Hour", two posters from its original theatrical run and a Touchstone Pictures press release kit. 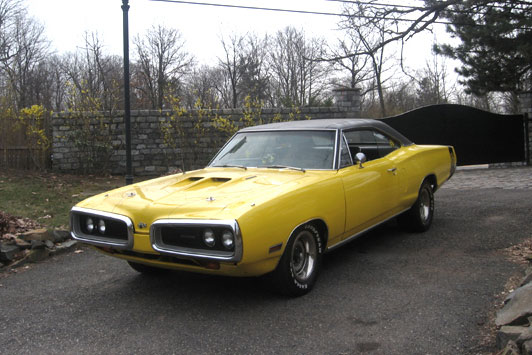 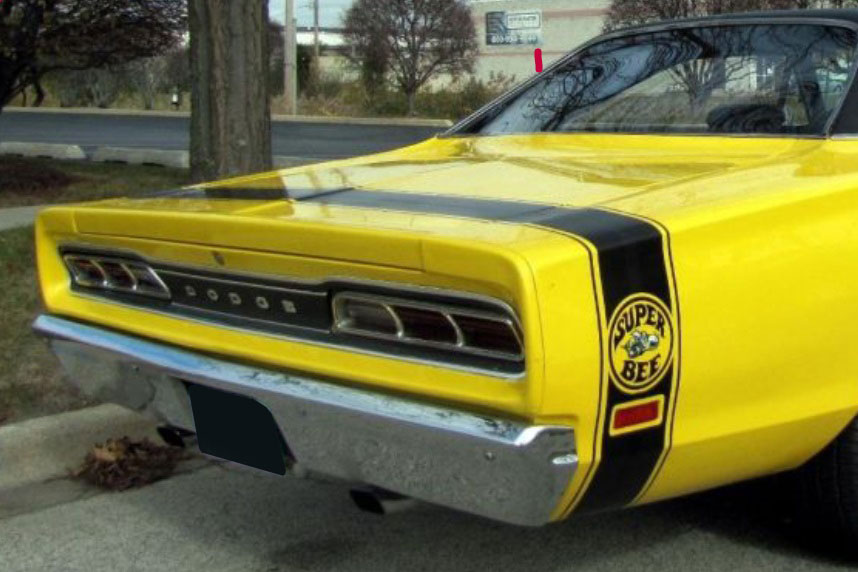 Being a model is one thing, but getting to feature on the cover of a magazine is an impressive accomplishment of a different level. The same rule happens to apply for cars as well . This 1969 Chevrolet Camaro Custom Coupe has moonlighted as the cover star of Super Chevy magazine and is now making its way to the Mohegan Sun.

This Camaro is seemingly an enigma, mixing a classic style with new age power, including a bit of flair and luxury along the way. It comes with a GM Stage 3 aluminum heads and has an impressive 150-horsepower shot of nitrous. For those who don't know, that's one strong engine.

The flashiest part of the car is easily the custom flames that engulf the hood and sides of this vehicle. The interior comes with custom leather seats that's consistent all the way through the trunk, and a full-length center console.

Sometimes a car can double as a celebration piece. That's the case for this 50th Anniversary edition of the Shelby Cobra, which was originally announced at Barrett-Jackson's 40th Anniversary auction. This Anniversary Roadster was made to celebrate the half-century mark of Carroll Shelby's original inception of the Cobra -- which is now one of the most famous sports cars in history. Only 50 Anniversary editions were made, but they were created to be exactly like the original model from 1962.

This car isn't a remodel or remake, it's an original Shelby Cobra. They even have found a place in the original Shelby registry. For a car with such a legendary backstory, why change a thing?

This classic maintains the signature black paint job of the Cobra, with red leather interior and chrome wheels to fit the bill. The car possesses a 1967 289 CI engine with 375-horsepower that was reconstructed to K-code engine specifications. 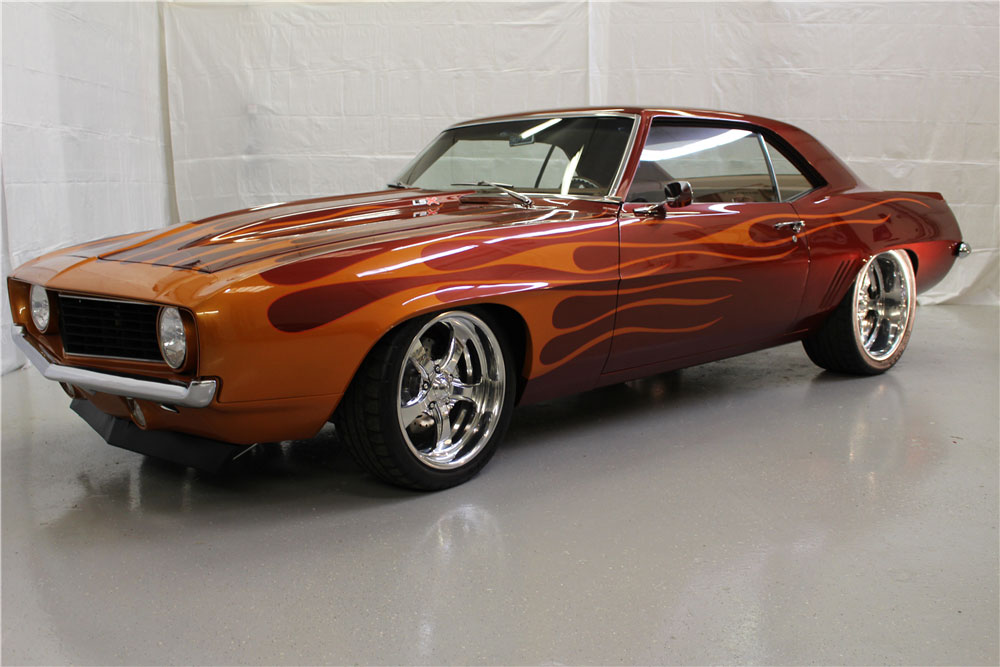 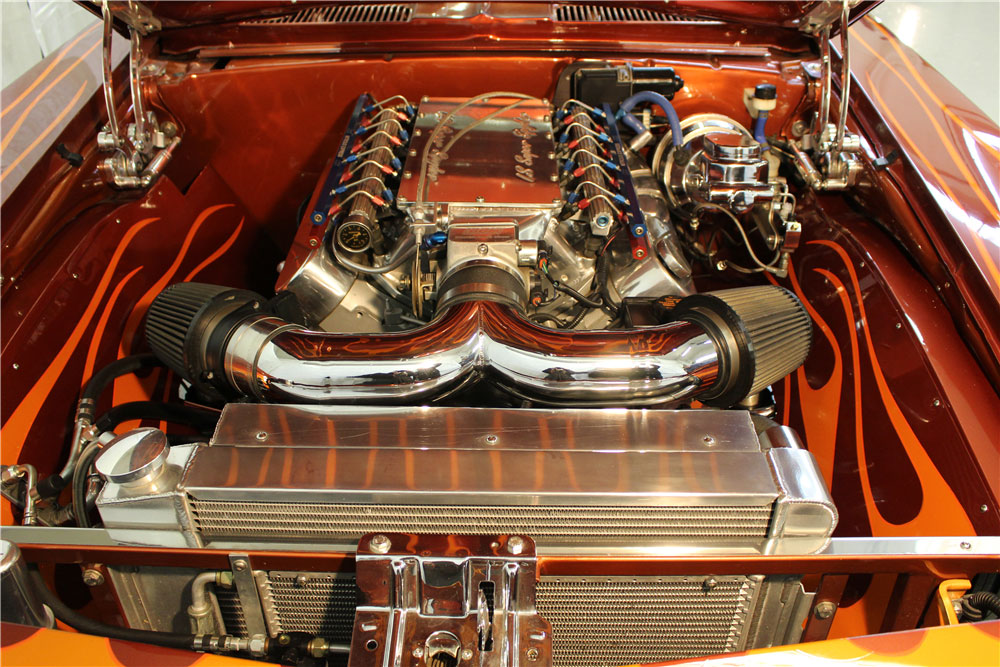 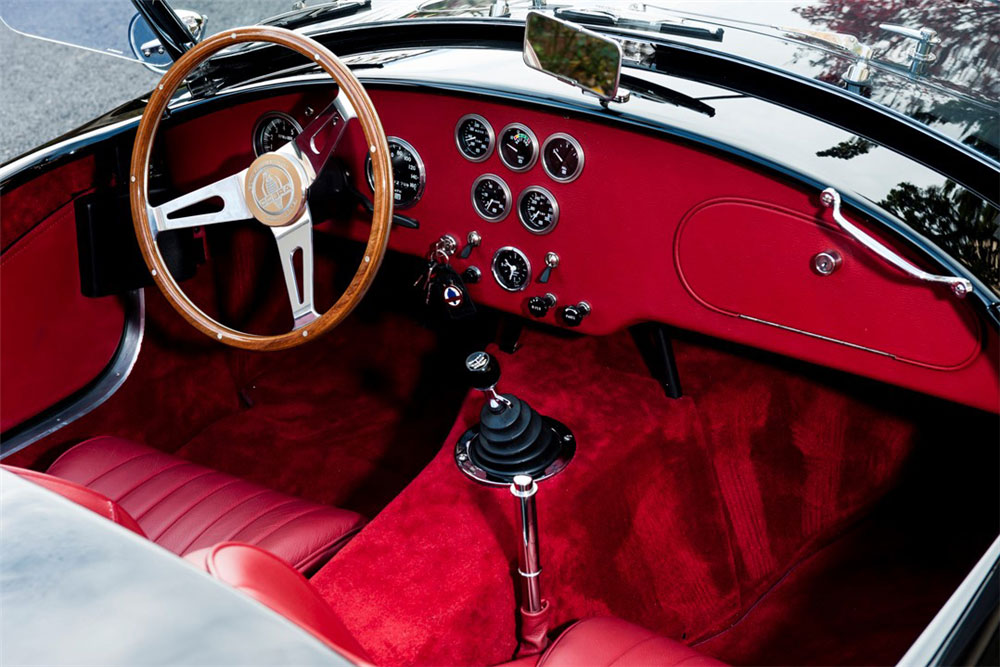 Rarely do you find a car that is one-of-one, even when it comes to the rarest models from decades prior. However, the needle in a haystack of muscle and sports cars will be making it's way to Barrett-Jackson® Northeast with this single version of the 1970 Plymouth GTX. The model itself is rare enough: in it's make year of 1970, Plymouth only produced 7,748 models of the GTX during it's entire run.

But this car has what the other 7,747 GTX's didn't. This version of the GTX  was the only one ordered in the lime light green paint color with a white leather interior. This car runs through a 440CI Six-Barrel engine with a A833 4-speed manual transmission.

It includes dual exhaust pipes, heavy suspension and a cooling system, and has recently had a complete restoration. 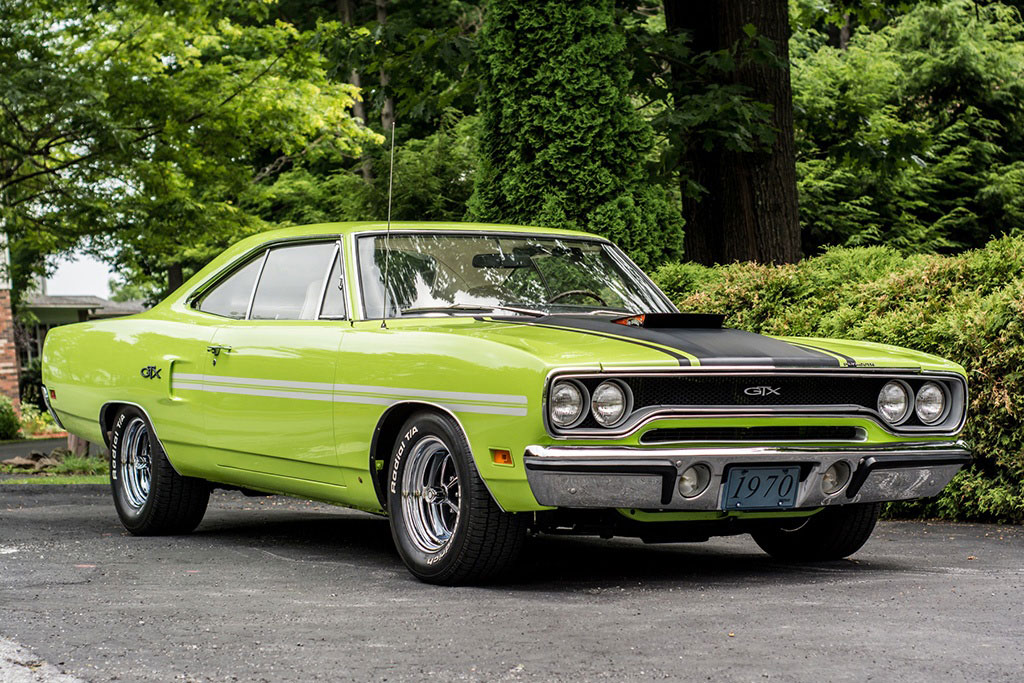 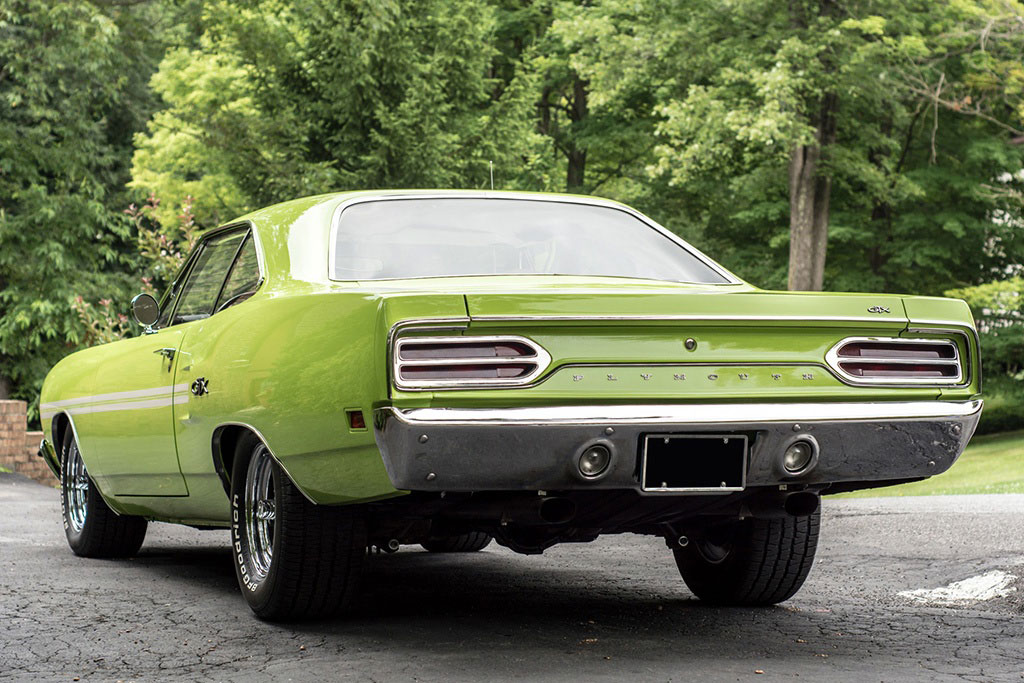 Want to attend the Barrett-Jackson Northeast Auction? There's still time! We still have limited availability for our Earth Suite, Luxury Lounge and Craig Jackson box. There's no better way to experience the Northeast auction than with Barrett-Jackson VIP Experiences, the official partner of Barrett-Jackson®.

All photos and images via Barrett-Jackson.com