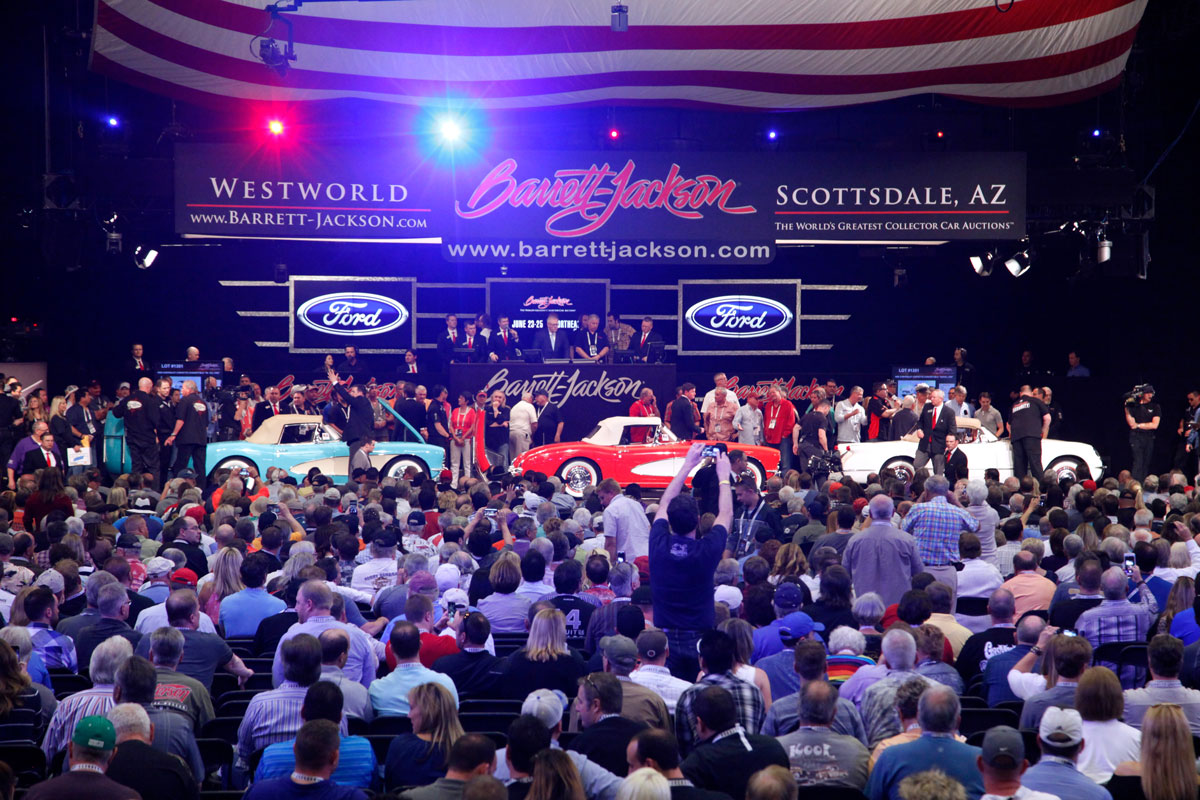 One of the biggest reasons to attend this auction is due to its sheer size. Barrett-Jackson has multiple auctions throughout the year, but the Scottsdale Auction is always the largest and the longest. You have nine days to explore the venue and see the immense numbers of cars and memorabilia.

One of our favorite parts about any of the Barrett-Jackson Auctions is how several cars are always auctioned off for charity.

Ten charity vehicles crossed the Scottsdale block in 2018 and over $6.1 million was raised. To date, Barrett-Jackson has helped raise in excess of almost $100 million for local and national charities. This year, the company raised funds for veterans, kids and medical research.

Here is the complete docket of charity vehicles:

If you need a little convincing, just look at the cars. Scottsdale always has a top-notch docket with cars that leave you breathless. And, man, do they go for a lot of money – and for good reason!

We don’t know yet which cars will be on the docket in 2019, but we know it will be nothing short of spectacular. In 2018, bidders saw everything from American muscle to exotic sports cars to one-of-a-kind customs. Below is a list of the top cars sold in Scottsdale:

Another reason to attend the Scottsdale auction is because you can do it as a VIP! If you’re going to go, you need to make sure to do it right. Barrett-Jackson VIP Experiences provides a first-class experience at the Barrett-Jackson Scottsdale Auction with tickets to the invitation-only Opening Night Gala, access to a VIP hospitality suite with gourmet food and open bar, an auction block tour with behind-the-scenes access, and so much more.