Nearly 750 cars made their way across the famed auction block, but that wasn't the only exciting part about being in Las Vegas for the auction. Our guests got full access to everything Barrett-Jackson Las Vegas had to offer, including behind-the-scenes tours, photo ops on the auction block, access to the show floor and much more!

Hop in as we look back at all the weekend festivities from Barrett-Jackson Las Vegas 2018.

This is where the action happens. From Thursday through Saturday, our guests enjoyed hours upon hours of entertainment as cars strolled across the stage and went for increasing prices. Our VIPs enjoyed the entire show from our hospitality areas, talking it up with other bidders and guests as they chowed down on food throughout the day and looked through the auction books.

We had several guests in our hospitality make bids throughout the weekend, with some placing the winning bids on their cars! When one of our guests wanted to bid, a Barrett-Jackson representative would come over and wave towel and blow a whistle to signal to the auctioneer that a bid was being made. If they won, the rest of the hospitality unit would explode in excitement, almost like a sports team celebrating with one another

A Barrett-Jackson auction is a pretty complicated beast. From the storing of all of the cars at the show, all the way to getting them on the auction block, everything you see (and don't see) is a part of a very meticulous process. Our VIPs got to go behind the curtain and see the entirety of how a Barrett-Jackson show is run thanks to a guided tour from Barrett-Jackson's own Matt Ferguson. They were brought behind the auction stage to where the auctioneers stand during the event and were able to see things from their vantage point. One thing to note is the insane amount of technology present on the auction block to help keep up with all the fast-paced bids coming in.

The tour then went to the back of the arena where the cars were lined up all the way down the ramp and being prepared in the Staging Lanes. This is the less flashy portion of the show, but it's as equally important to the finished product of a Barrett-Jackson event. 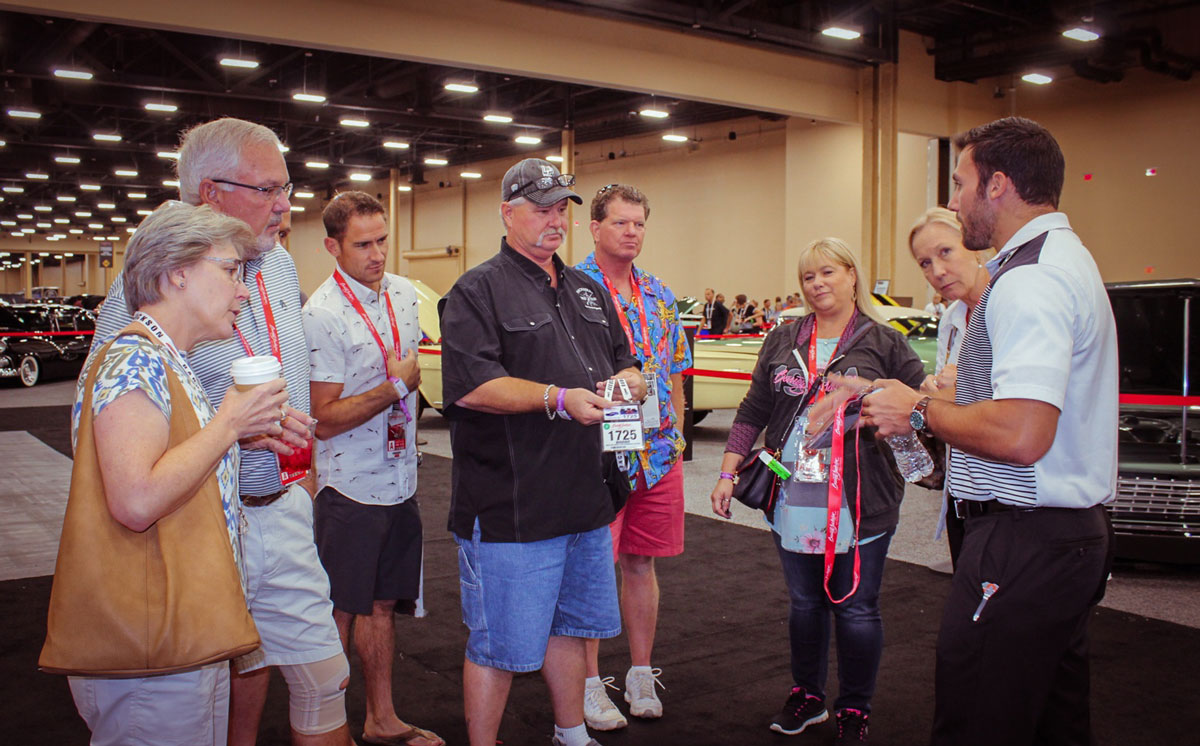 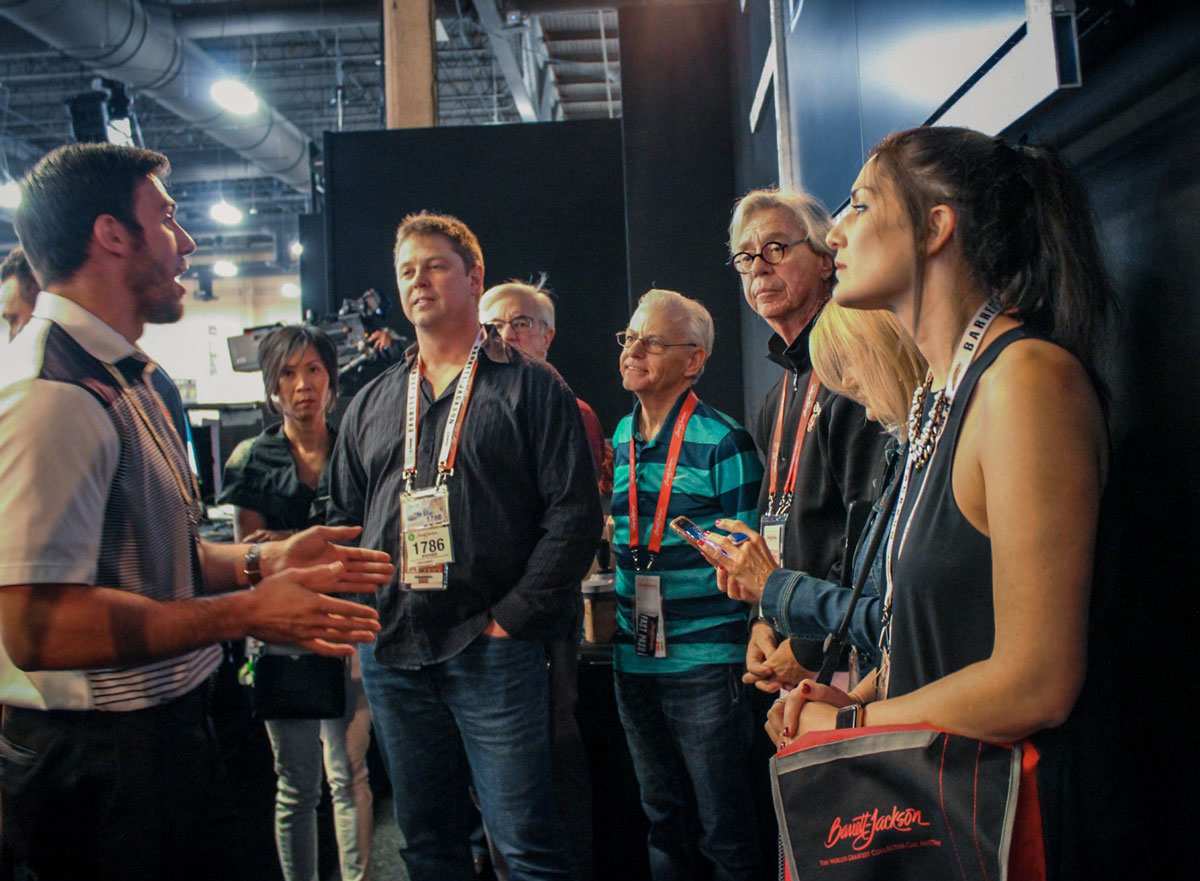 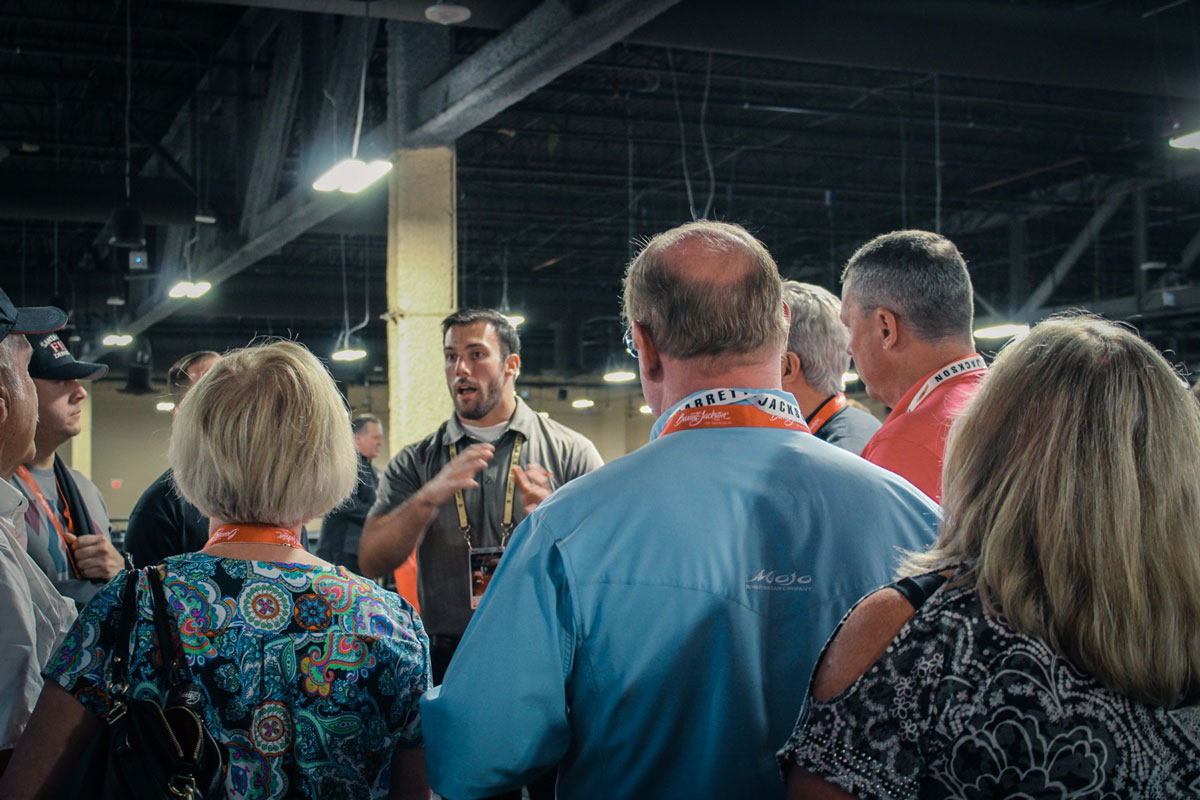 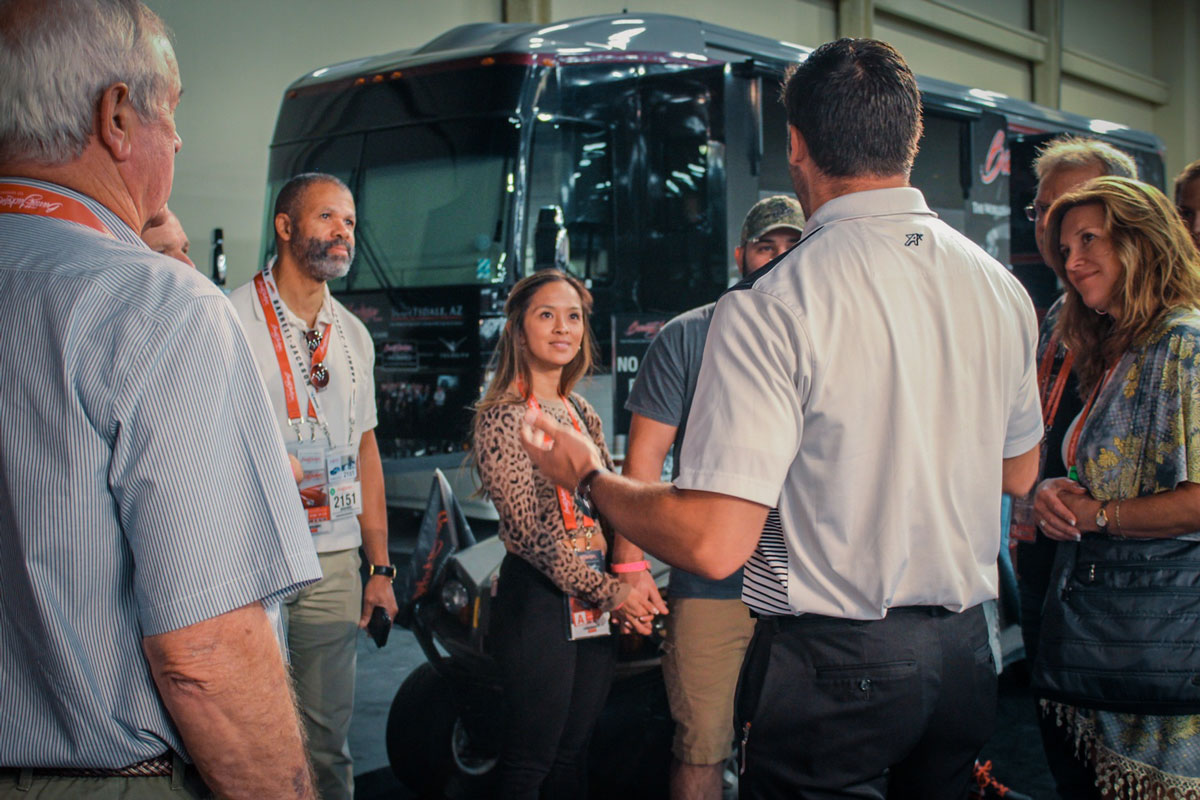 You want to be as close to the action as possible at a Barrett-Jackson event, so there's nothing cooler than being able to observe the auction right on the staging lane. As you stand mere feet away from the cars being presented, you can absorb all of the action in a completely new way. The memory can also last a lifetime thanks to our team that makes sure our VIPs all got a picture right in front of the big Barrett-Jackson logo at the front of the stage. 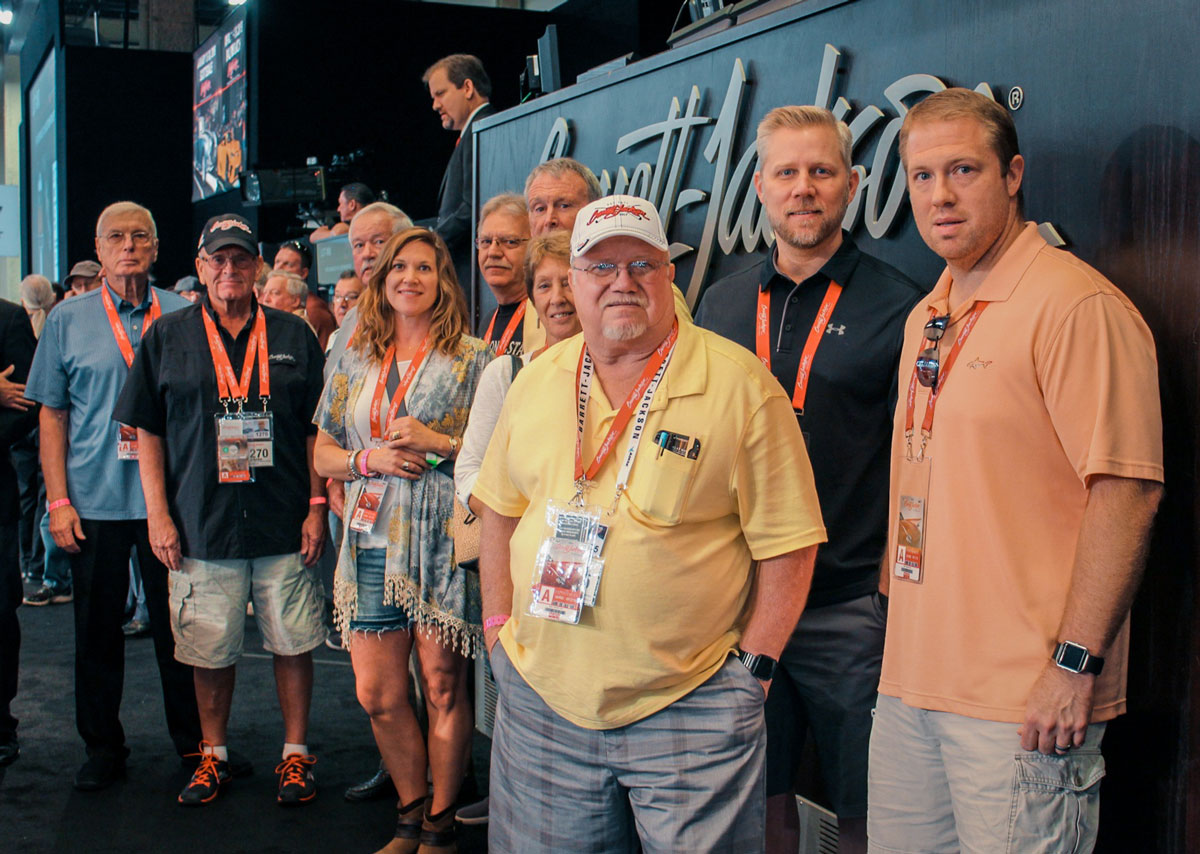 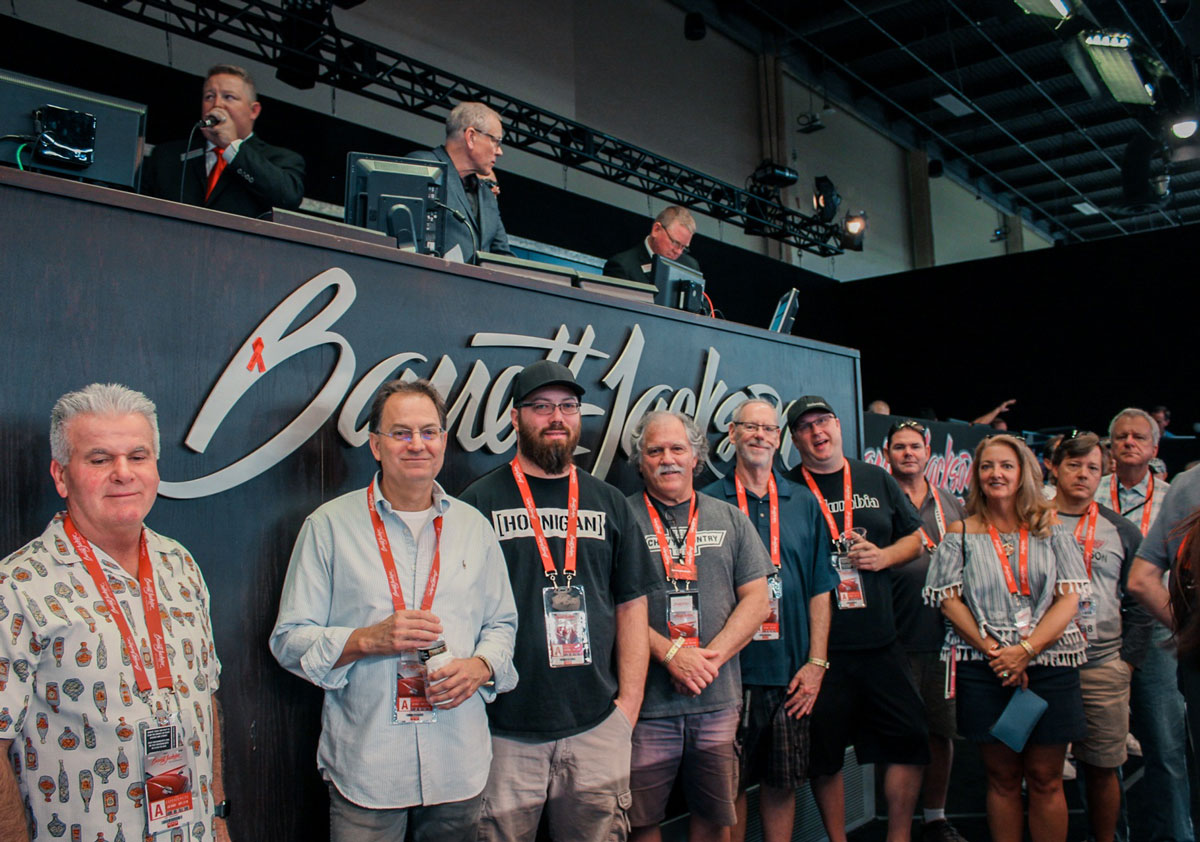 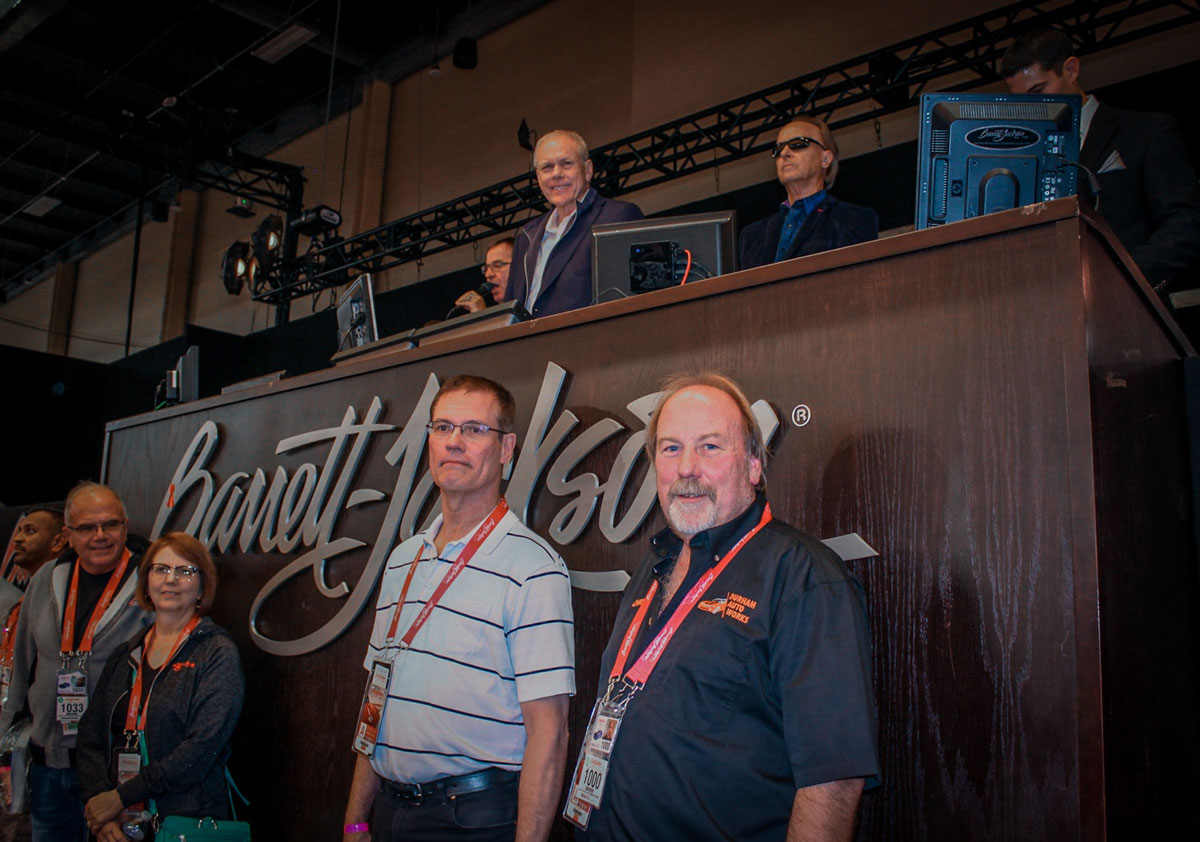 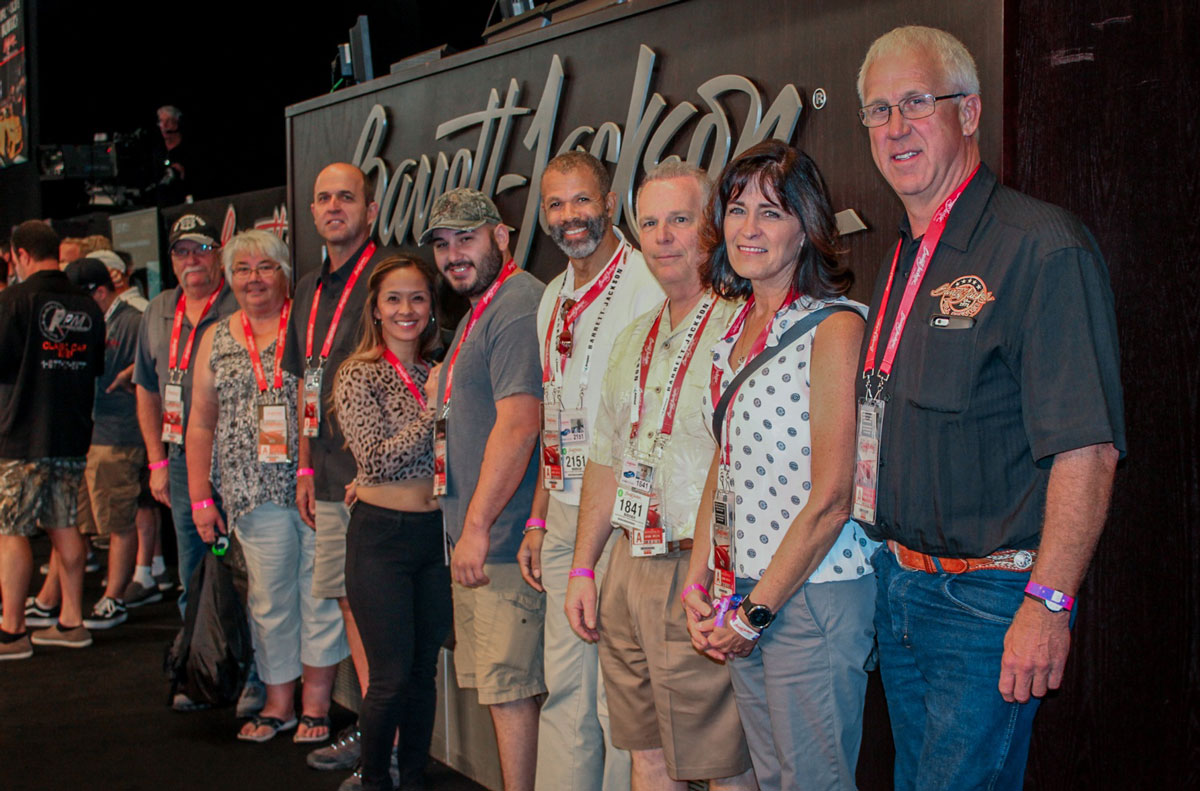 Meet You In Scottsdale?

Barrett-Jackson is returning to where it all started with Barrett-Jackson Scottsdale in January! The World's Greatest Collector Car Auctions® will return to its birthplace from January 12-20 and you can be a part of all the action with an Official Ticket Package from Barrett-Jackson VIP Experiences. Choose between the Gold VIP, Luxury Lounge and Craig Jackson Box packages to get the ultimate experience at the world's biggest collector car auction!