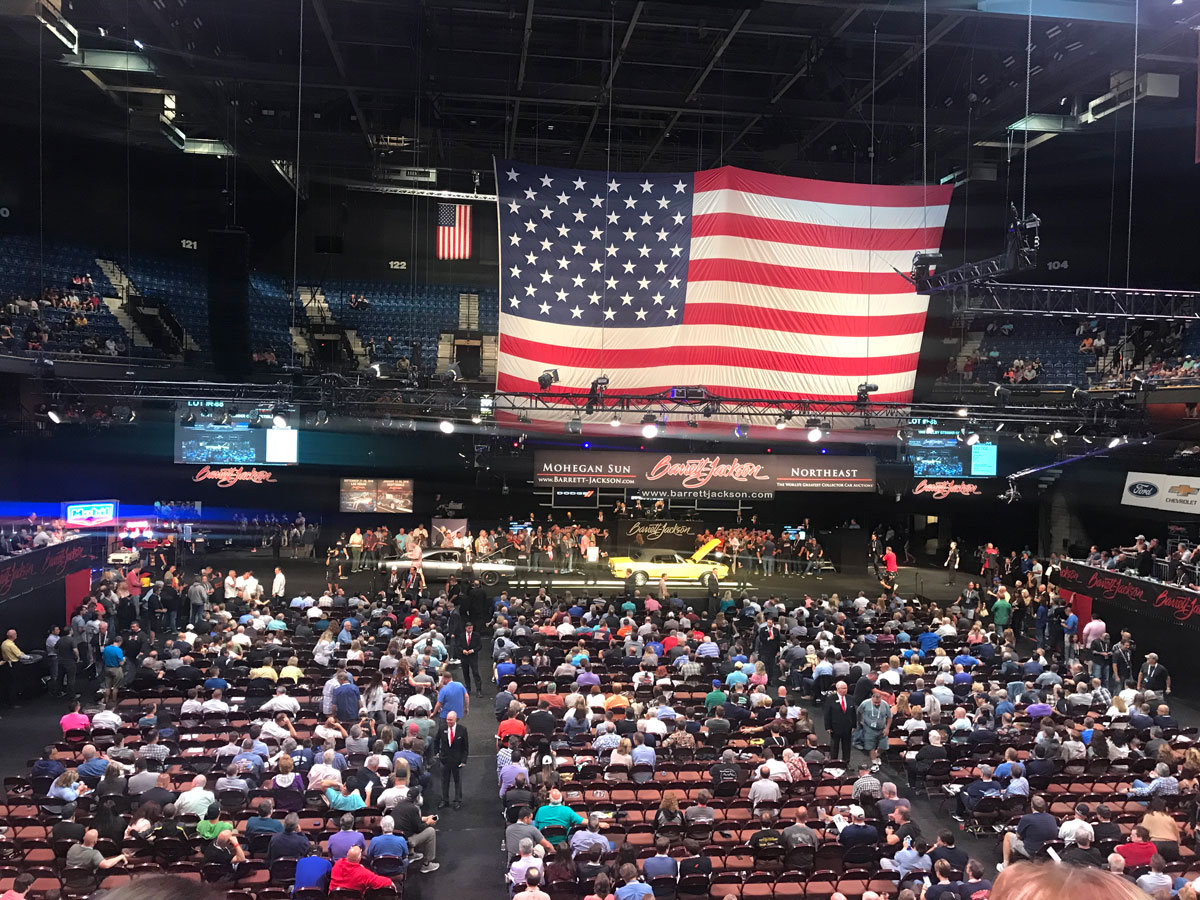 Barrett-Jackson® returned to the Mohegan Sun in Uncasville, Connecticut for its third annual Northeast event this past weekend and we were there to take it all in!

Come along for the ride as we take a look back at the week that was Barrett-Jackson Northeast.

On Wednesday night our guests put on their best evening attire and headed out to the Opening Night Gala at the Mohegan Sun. The gala was packed with things to do, like checking out some of the showcase cars, treating your palette to the delectable food and desserts, and dancing to live music from the cover band! Craig Jackson himself kicked off the event and made sure everyone in attendance was ready for three big days of the show.

The gala went on for hours and was a great chance for our VIPs to mingle with one another as well as anyone else who was attending the show! 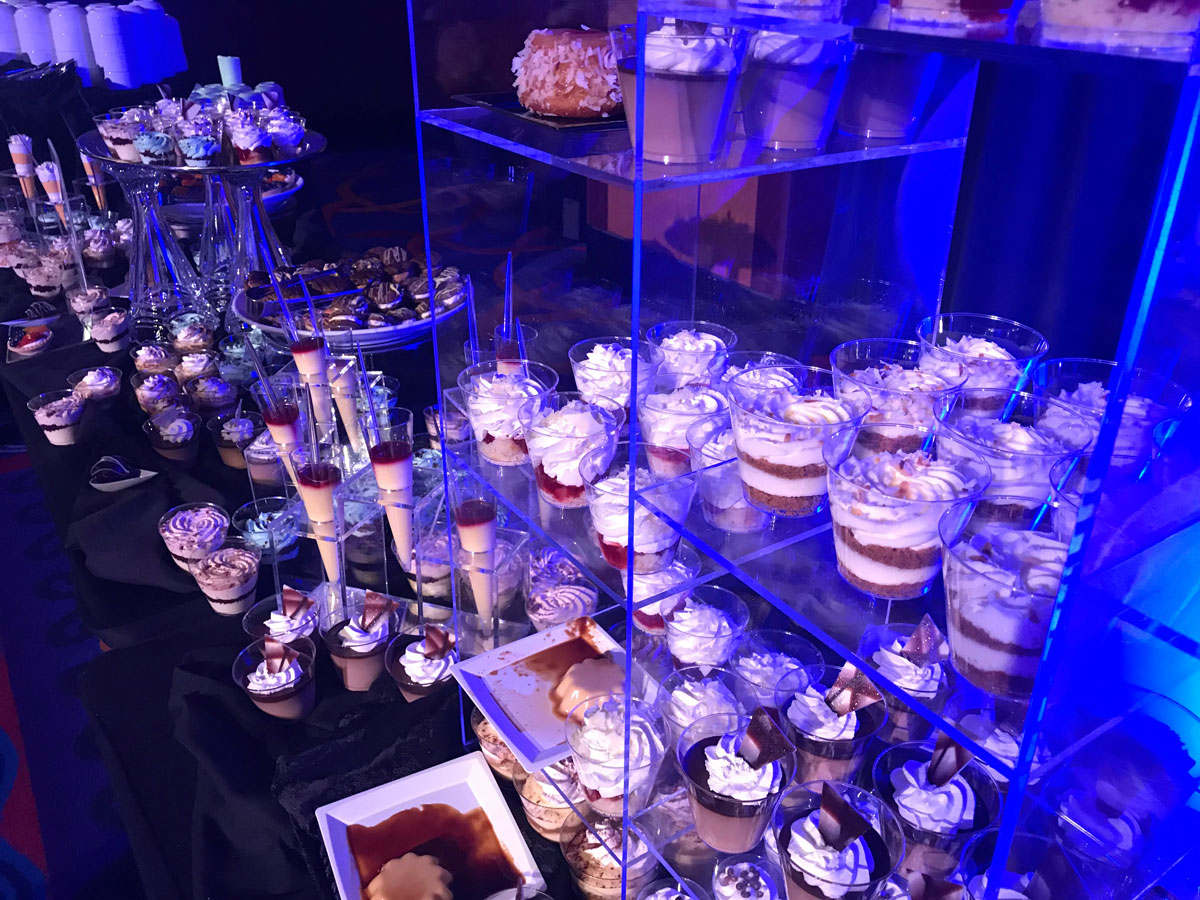 The main event! From Thursday through Saturday, our VIPs got to sit back and enjoy hours of entertainment. The auction started at 10 a.m. every morning with the memorabilia auction! Some of our guests were able to secure valuable collector pieces that would make any playroom or mancave a must-see destination.

Then at 1 p.m. every day, the car auction would start! About 200 cars would roll across the stage per day, with the auctioneer rattling off bids for consecutive hours trying to reach the highest price! Our VIPs were able to sit back and enjoy their food during this, and some even got in on the action. We had several of our guests from the Luxury Lounge put in bids over the three day period and even had several winners. When one of our guests wanted to bid, a Barrett-Jackson representative would come over and wave towel and blow a whistle to signal to the auctioneer that a bid was being made. And if one of our guests won, the entire VIP area would burst into applause! It was quite the thrill ride! 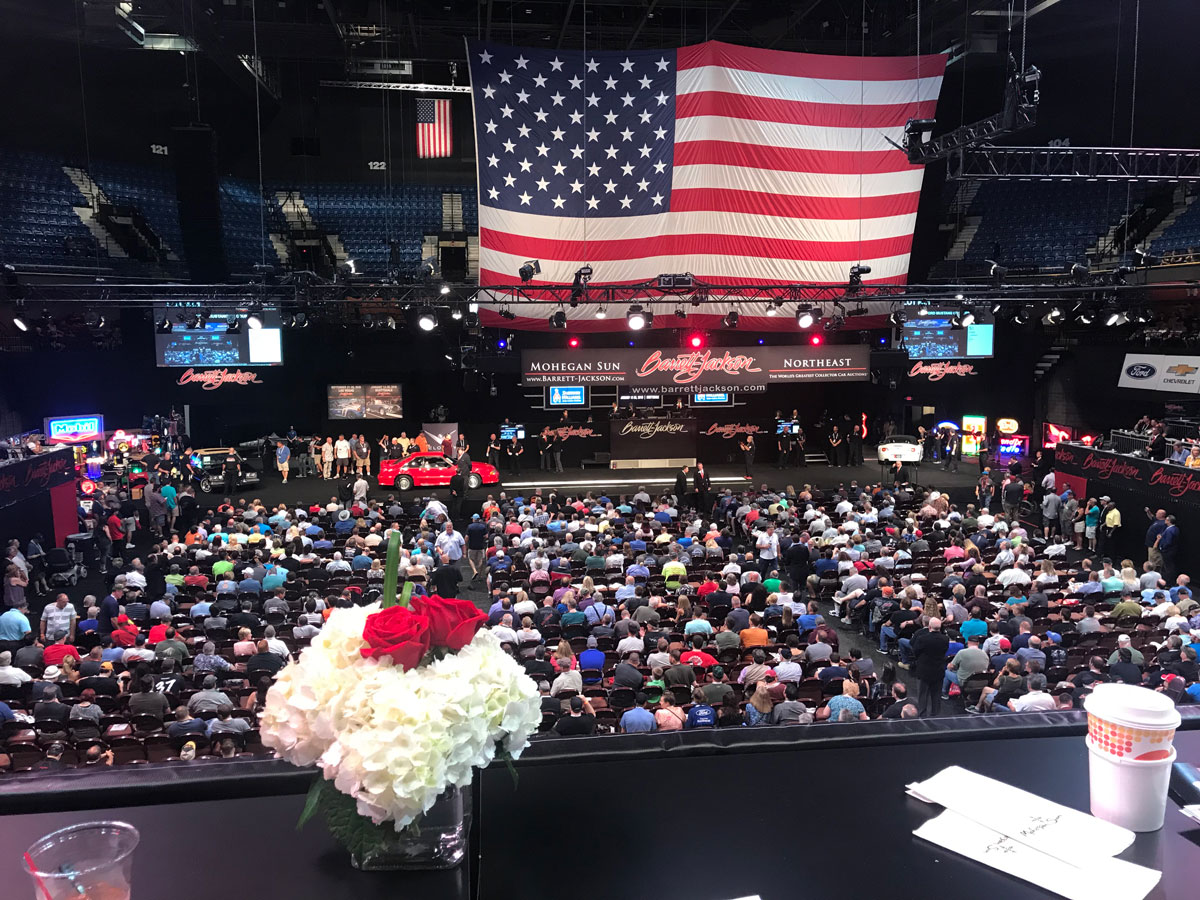 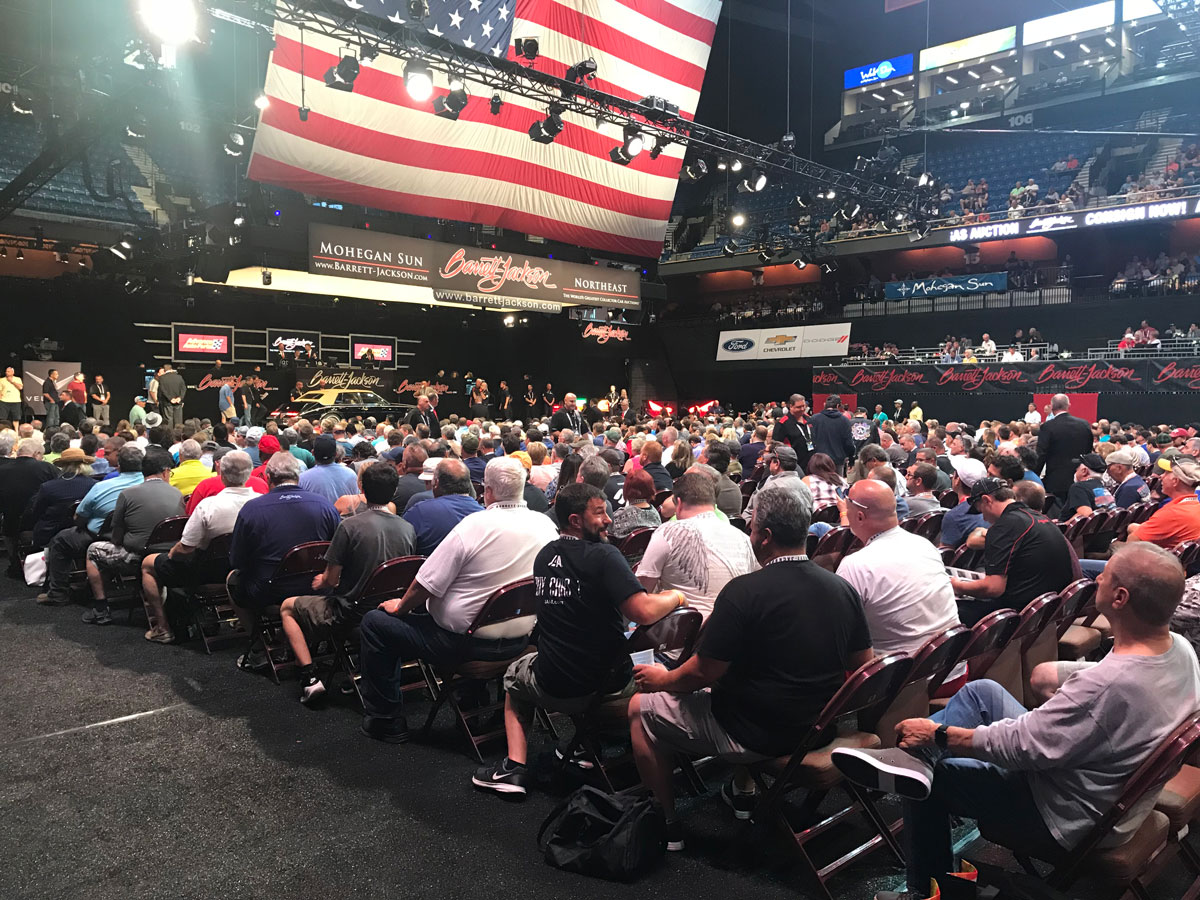 Talk about behind-the-scenes! Our VIPs got to take an exclusive tour, led by Matt Ferguson from Barrett-Jackson, behind the auction block and where all the magic of the show really happens. While our guests were already allowed up on the block where the cars are being auctioned off, this tour kicked it up a notch. You could see everything from the auctioneers point of view and get to understand a little bit more about how the show is put together and run! Our guests even got to take photos in front of the big Barrett-Jackson logo sign before they went behind the block.

The tour then headed to the back of the arena where the cars that are about to be auctioned off were lined up in the Staging Lanes.  The group went outside to the outdoor portion of the event, where they were allowed to enjoy the sights of everything that was on location as well as roam freely around the grounds. 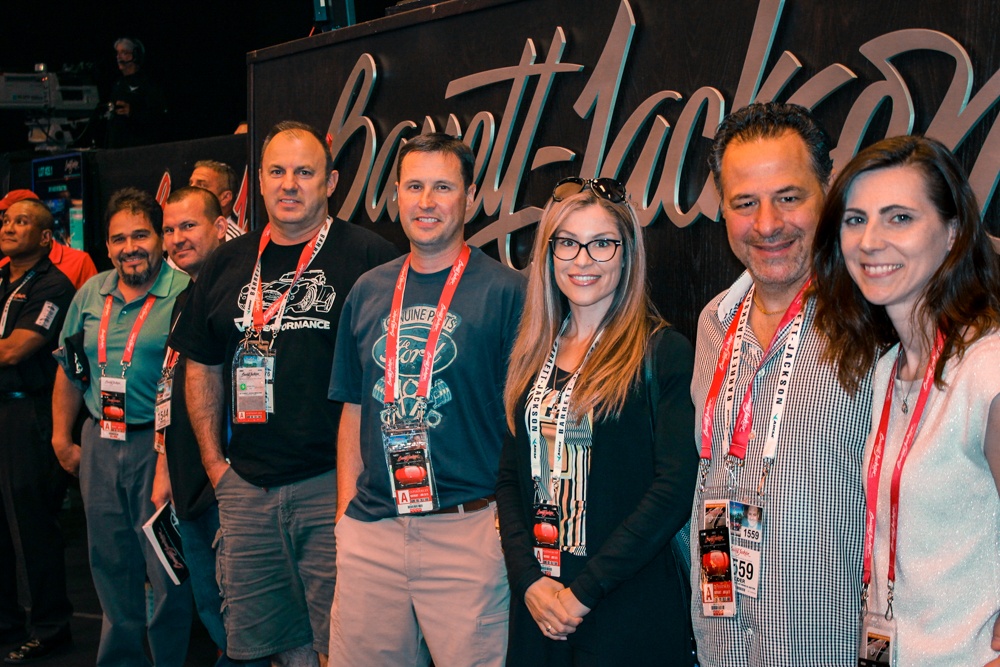 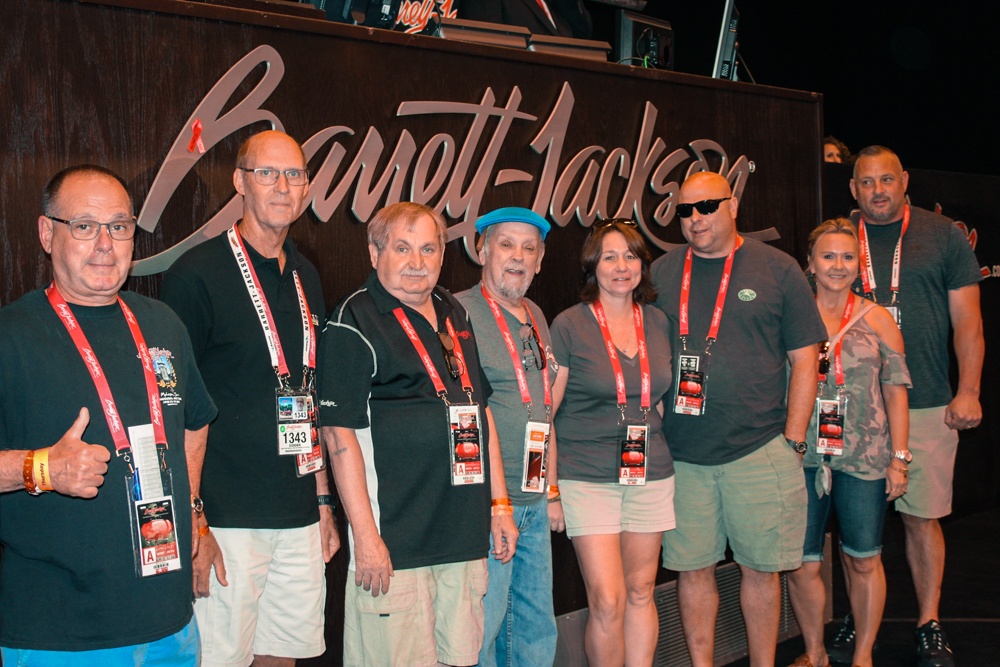 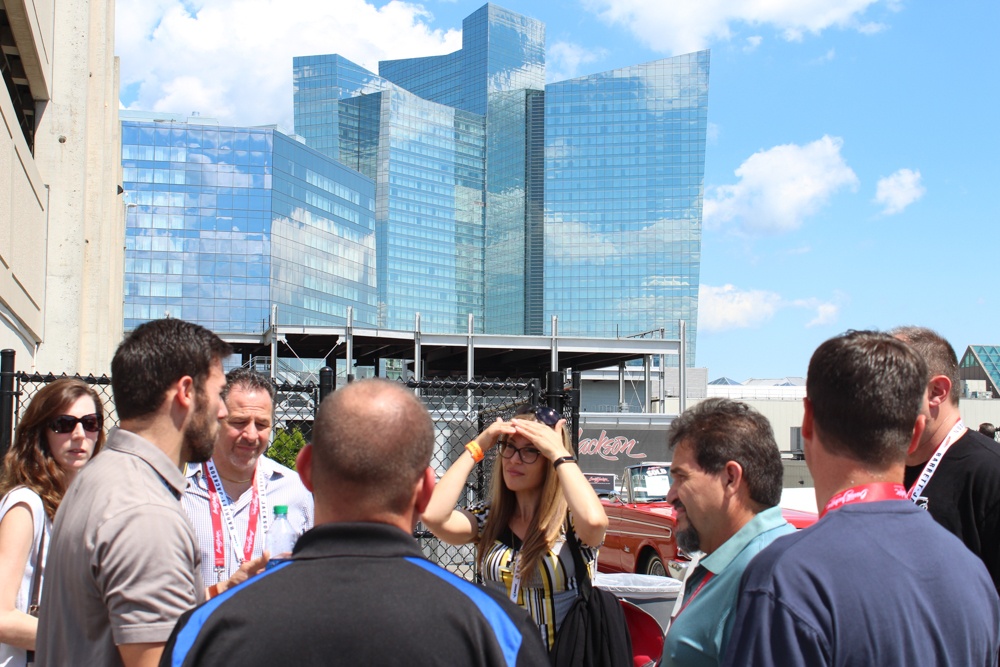 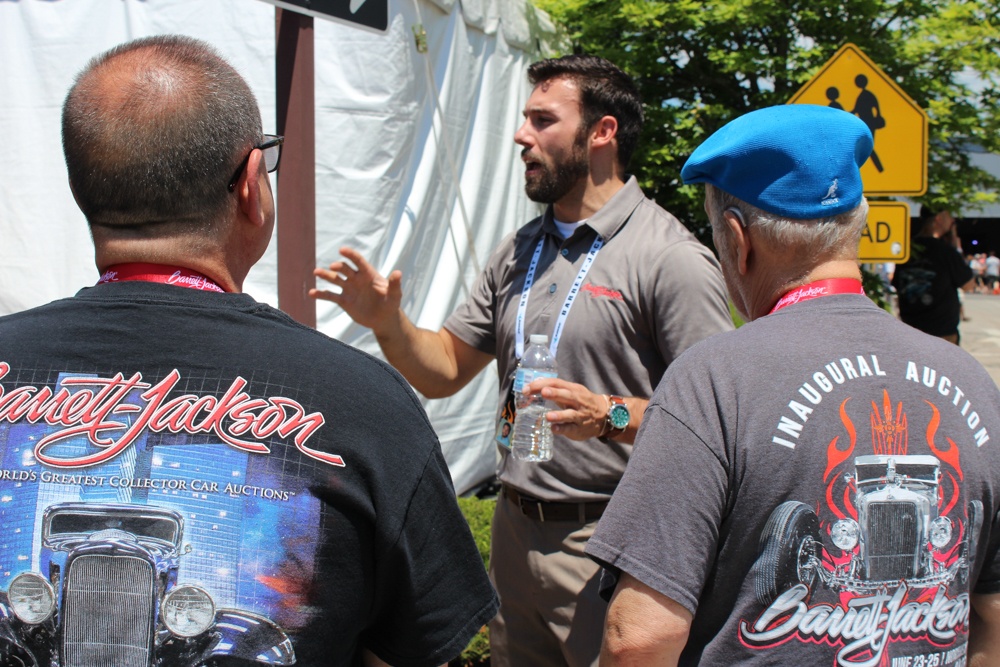 Where Are We Headed Next?

Pack up your things in the trunk and get ready to go westward bound because Barrett-Jackson is headed to Las Vegas in September! The World's Greatest Collector Car Auctions® will be in Sin City from September 27-29 and you can be a part of the action at the auction with Barrett-Jackson VIP Experiences! Make your choice between the VIP Skybox, Luxury Lounge and the Craig Jackson Box to get the absolute most out of the event!

Take Me to Barrett-Jackson Las Vegas 2018