How did Barrett-Jackson Get Its Name?

What's in a name? At first glance, it's just an identifier. It aids you in understanding what an entity is or, in some cases, what they do.

For example — when someone hears Barrett-Jackson®, they think of the World's Greatest Collector Car Auctions®.

But what is behind the name Barrett-Jackson? Where did it come from and what is the story behind it?

If you couldn't guess, the Barrett-Jackson name is derived from the last names of its two founding families.

Known as the "Grandfather of the Collector Car Industry," Tom Barrett was a real estate broker whose fascination with collector cars started in his teenage years. He used his hobby to successfully integrate his professional life into his personal life by creating real estate contacts from the many car collectors he knew around the country.

Once his professional life took off, so did his car collection. Barrett would travel around the world in search of the rarest and highest value automobiles, even taking himself over to Europe to find vehicles that were used throughout World War II.

Barrett wasn't just fascinated with cars stuck in stasis, but also with those that could be used for racing — he sponsored his own IndyCar team in 1981.

A former Chief Mechanic for the United States Air Force during World War II, Russ Jackson lived quite the life.

After the conclusion of the war, Jackson went back to work in his home of Pontiac, Michigan with his wife, Nellie. Jackson's wife drove around a classic Cadillac, which factors heavily into this company's story. They stayed in Pontiac until 1960, when they decided to move to Arizona.

Russ and Nellie shared a love for automobiles and even opened up a branch of the Classic Car Club of America in Scottsdale.

A Bond over Cars

And it all started with a newspaper advert.

In 1963, Tom Barrett was looking to get rid of his 1933 Cadillac Town Car and put up an advertisement trying to sell the vehicle. The first man to respond to the advert was Russ Jackson, a car collector himself and lover of Cadillac's classics. The two bonded over their admiration for collector vehicles, and a friendship quickly flourished. The ironic thing is that the deal for the Cadillac actually fell through, but it didn't harm the rapport the two men already had with one another.

In 1967, the two car-minded entrepreneurs put their minds together, along with their families, to put on the “Fiesta de los Autos Elegantes" in Scottsdale, Arizona, a car show to help raise funds for local library and other surrounding charities.

By 1971, the two had transformed the car show into a collector car auction that featured an amalgamation of 75 cars from Barrett and Jackson's personal collections. This auction was held in Scottsdale as well, a place near and dear to both the Barrett and Jackson family to this day. The Barrett-Jackson Auction Company had officially formed. 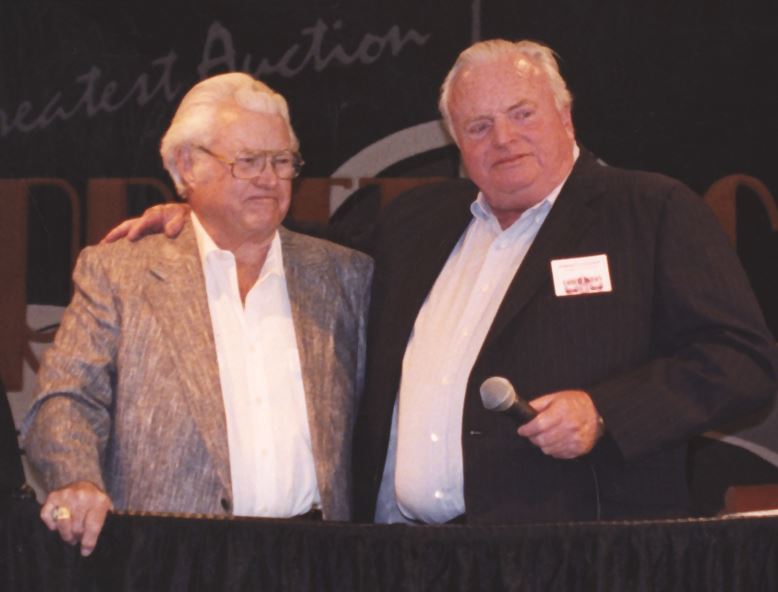 The company grew over the next couple of decades, with auctions getting bigger and the price tags of vehicles rising year-over-year. Jackson passed away in 1993, with his son, Craig, taking over the company in 1995. Barrett passed away in 2004 at 75 years old.

Photo of Tom Barrett and Russ Jackson provided by Barrett-Jackson.com

If you want to see what the Barrett and Jackson family built in person, attend an auction with Barrett-Jackson VIP Experiences! We offer an unmatched experience at Barrett-Jackson, including hospitality access, behind-the-scenes tours, the opening night gala and much more! 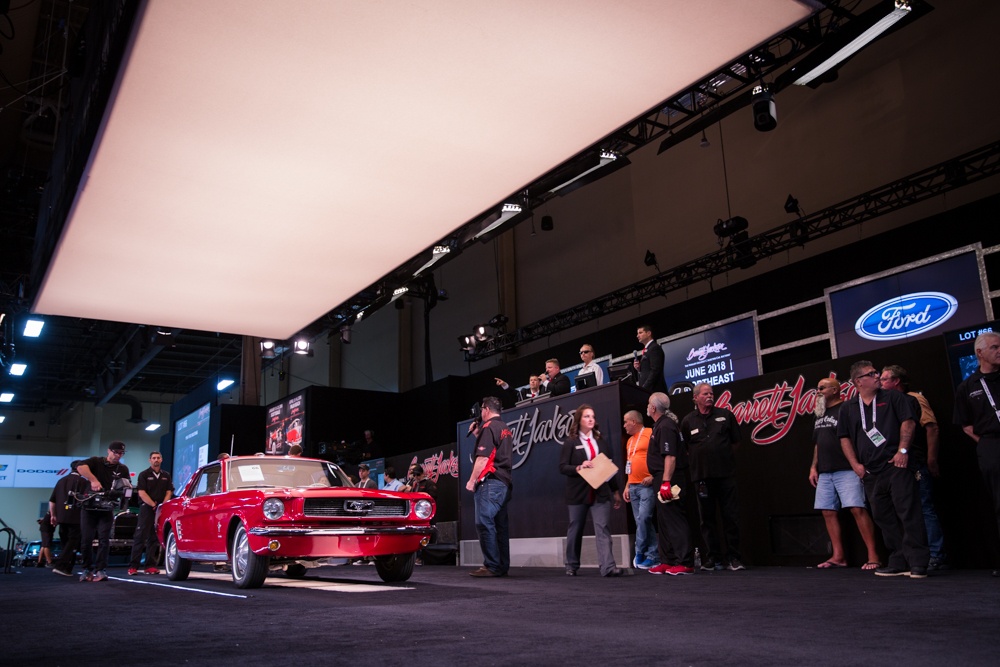