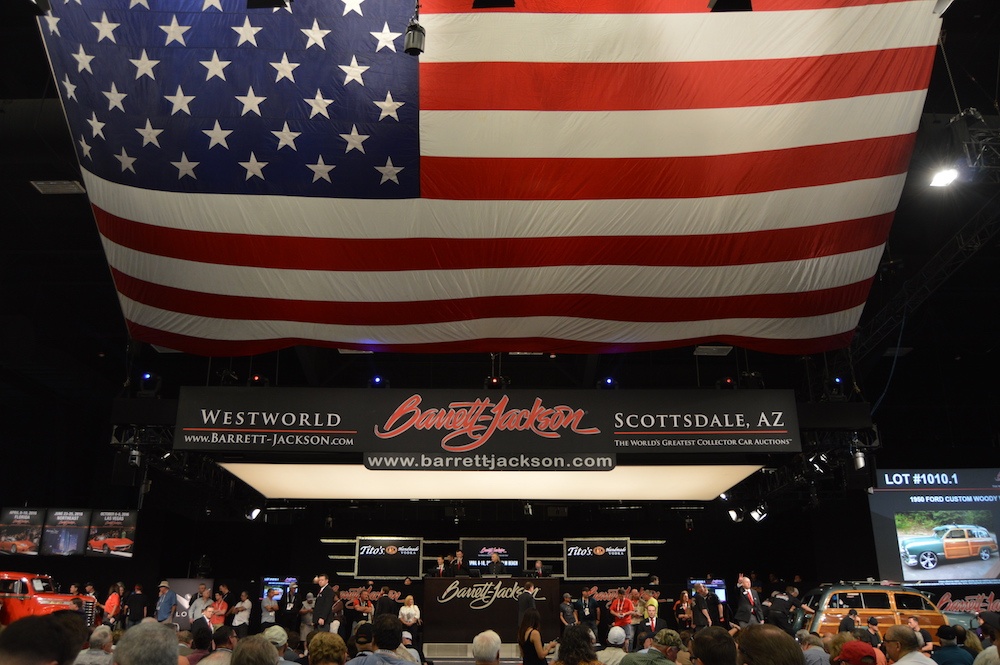 We are back from Barrett-Jackson Scottsdale and are more excited than ever! This year was definitely a success –from both an auction standpoint and a VIP experience standpoint. Read below about the record-breaking year Barrett-Jackson had as well as the VIP access our guests enjoyed at this year's auction.

350,000 people passed through the gates of the WestWorld of Scottsdale to celebrate the 45th Anniversary of the Barrett-Jackson Auto Auction. 1,469 collector cars crossed the blocks and over 1,400 pieces of automobilia were sold, bringing sales to more than $105 million. In keeping with tradition, 11 vehicles were auctioned off for charity, raising a total of $3,406,000.

As far as auction excitement goes, we saw a few cars break records this year. The Porsche 918 Spyder Weissach Edition crossed the
Barrett-Jackson block, in which the bidding escalated quickly with the hammer coming down on the winning bid of $1.6 million – a record at auction. What’s really neat about this as well is that a first-time bidder bought the car, which demonstrates the continuous growth in new enthusiasts in the car collector industry.

The other car that broke a record this year was a silver 1979 Pontiac Firebird Trans Am. Although there were a total of 15 on the docket, most from the 1970s, the silver 10th Anniversary Edition with about 8 miles on the odometer shattered previous records when it sold for $187,000.

Another Trans Am broke the all-time record for its type: the official car used to promote the 1977 movie “Smokey and the Bandit.” The crowd went wild as Burt Reynolds rode onto the auction block in the Trans Am, and the car sold for $550,000. 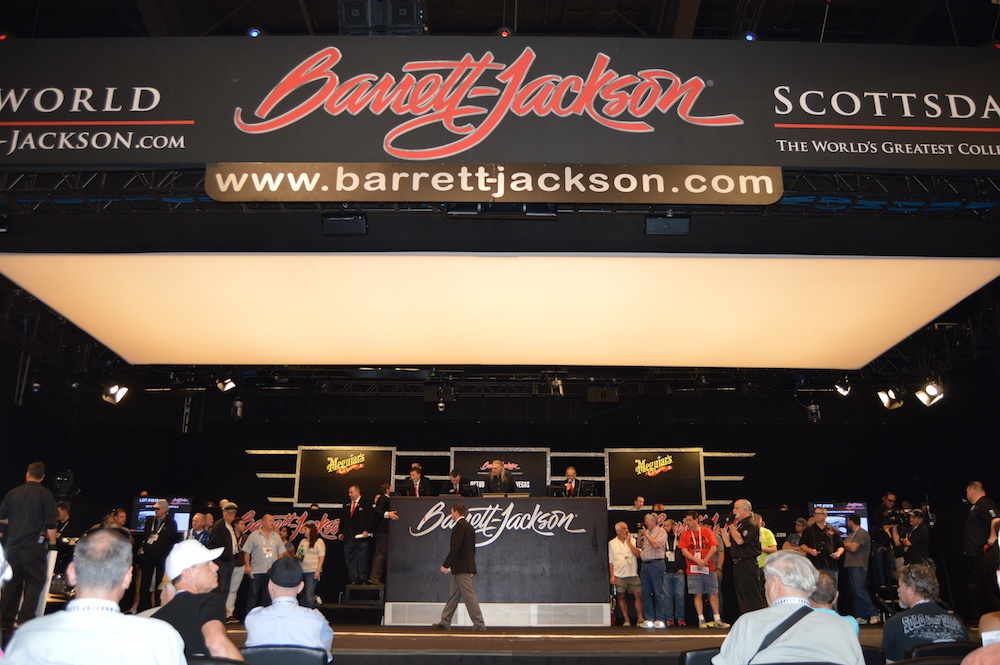 We partnered with Barrett-Jackson for the second year in a row to bring guests a VIP experience like no other. Fans were given three elite options to choose from this year: Craig Jackson Box, VIP Luxury Reserve and Gold VIP.

Each option offered hospitality with gourmet food and a premium open bar, an auction block tour and photo opp, and a Barrett-Jackson VIP auction tour. Every VIP guest also received two tickets to the Opening Night Gala, access to the
Barrett-Jackson Bull Riding Challenge, a Barrett-Jackson hat and an auction catalog. Plus, we can’t forget the bidder badge and the VIP floor seating in the auction arena.

Guests who selected the Craig Jackson Box were able to meet and mingle with Craig Jackson himself plus receive a framed and autographed photo of him as well.

We had all kinds of special appearances! A few of our VIP guests also got to see and talk with Richard Rawlings, owner of Gas Monkey Garage and the star of Fast N’ Loud on Discovery Channel. Everyone was pretty excited about seeing him! 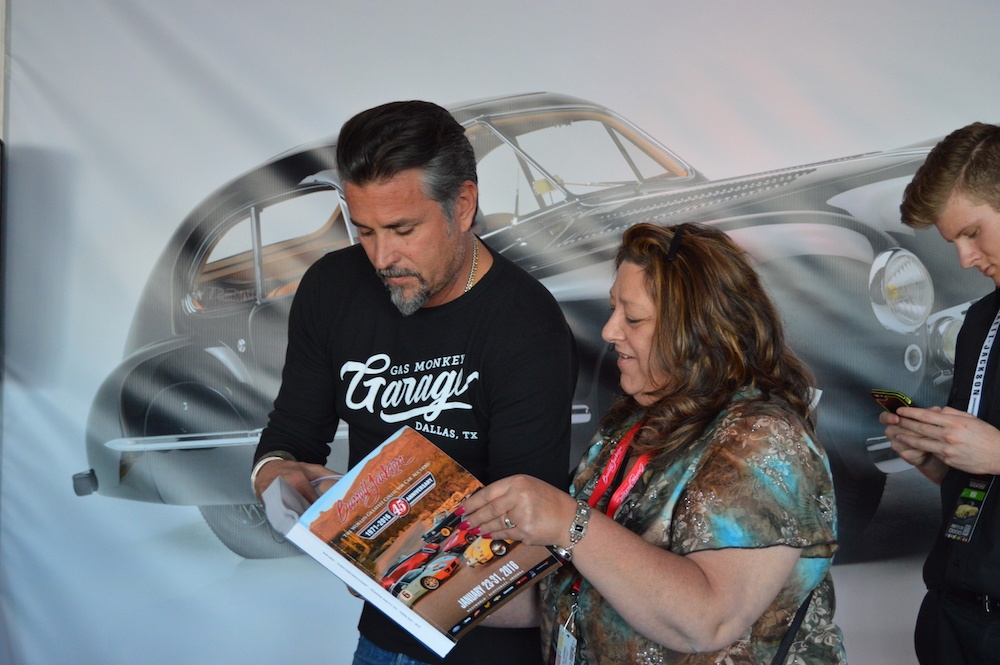 We’re already looking ahead to next year’s auction, and you should too! Official Ticket Packages for the 2017 Barrett-Jackson Scottsdale Auction will be released soon, but you can be one step and sign up for our quick call back list to be notified when they become available. 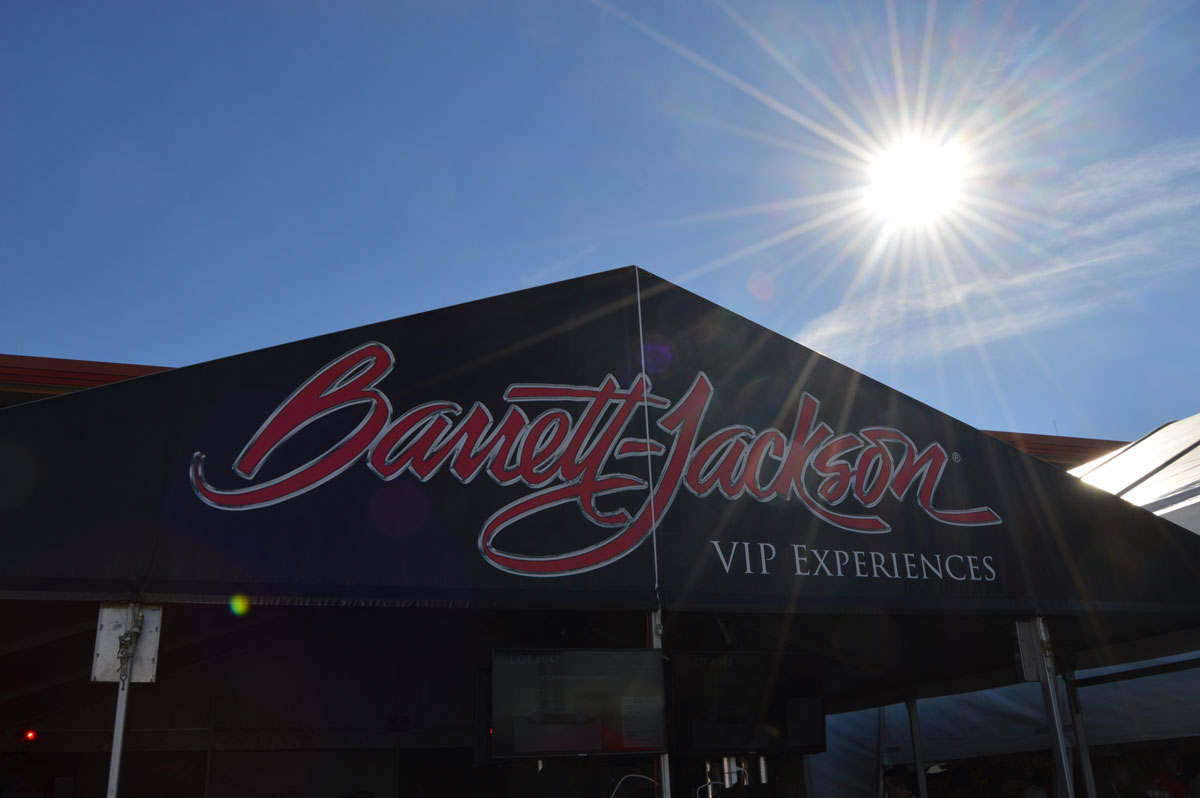