Where are Barrett-Jackson Auctions Held?

Barrett-Jackson® has been the golden standard in the collector car auction scene for almost 50 years and the train keeps on rollin'.

Every year thousands from around the world trek to Barrett-Jackson auctions to see the most high-class vehicles in the world stroll across the auction block.

But with only four collector car auctions per year, Barrett-Jackson has to make sure it has the map covered so that those who want to experience The World's Greatest Collector Car Auctions® have the opportunity to.

Where: Westworld of Scottsdale

The year always begins with Barrett-Jackson Scottsdale, the biggest collector car auction on the calendar. The Scottsdale event is a nine-day affair, boasting the highest attendance and cars for auction of any Barrett-Jackson event by far. For example — the 2019 Scottsdale auction saw 1,800 vehicles sold for a record-breaking $118 million.

The Scottsdale auction takes over the city when it's in town, bringing a couple of hundred thousand spectators to the Westworld of Scottsdale over the week-plus period. And after 48 editions of Barrett-Jackson Scottsdale, it's only getting bigger.

Scottsdale not only brings out the most expensive cars, but also some of the biggest names that you'll see at an auction. In 2019, guests like Alice Cooper, Richard Petty, Kurt Busch, Tim Allen, Bruce Arians and much more were in attendance.

Attend the 2020 Scottsdale auction with an Official Ticket Package from Barrett-Jackson VIP Experiences:

Get My Scottsdale 2020 Package! 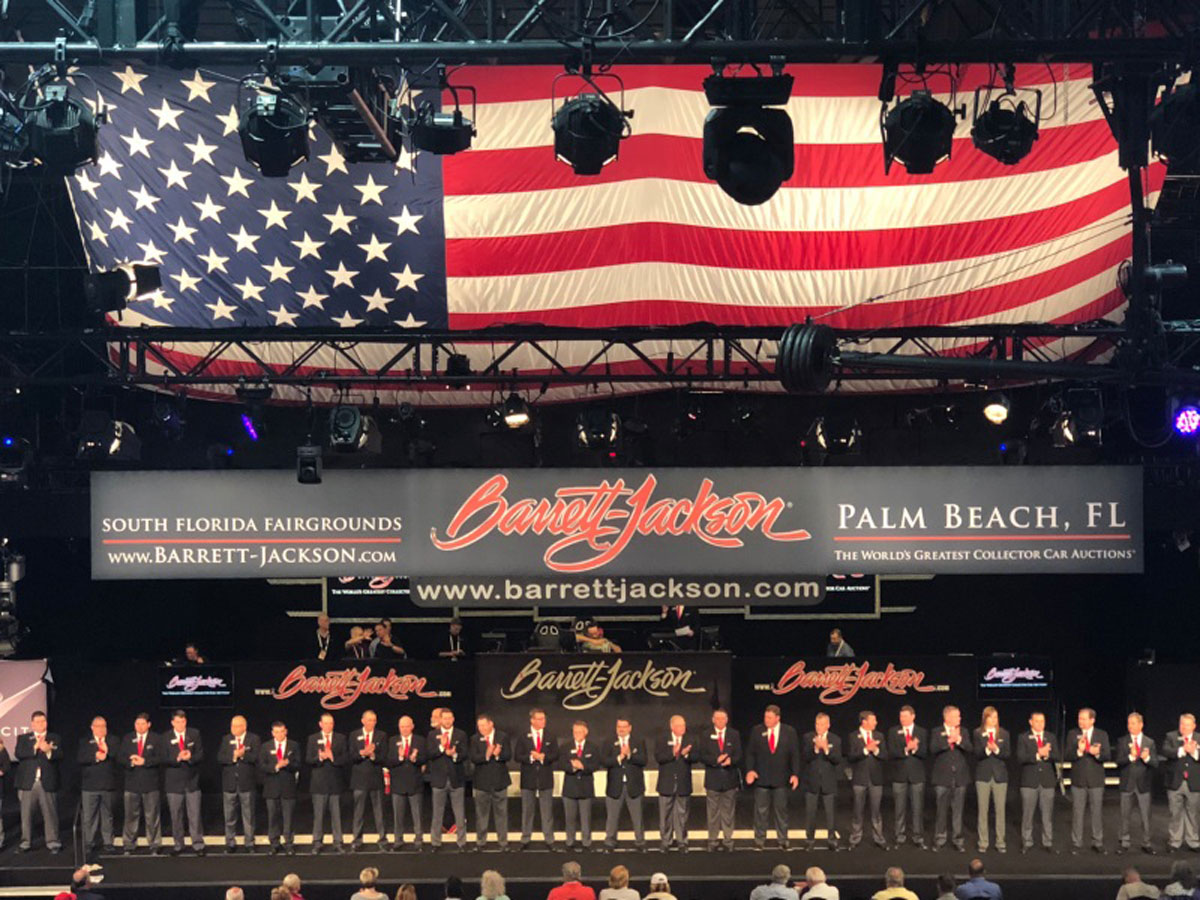 Palm Beach is Barrett-Jackson's second oldest auction, with 2019 marking its 17th annual event. This Florida event brings in a lot of car enthusiasts from the Southeast and those looking to attend an auction during the Spring.

With the mixture of good weather and smaller crowd sizes, at least compared to Scottsdale, this auction has become a cult favorite in the collector car community.

Due to its longevity and dominance over the Southeast market, the Palm Beach auction typically sees the second highest number of total sales throughout the calendar year. 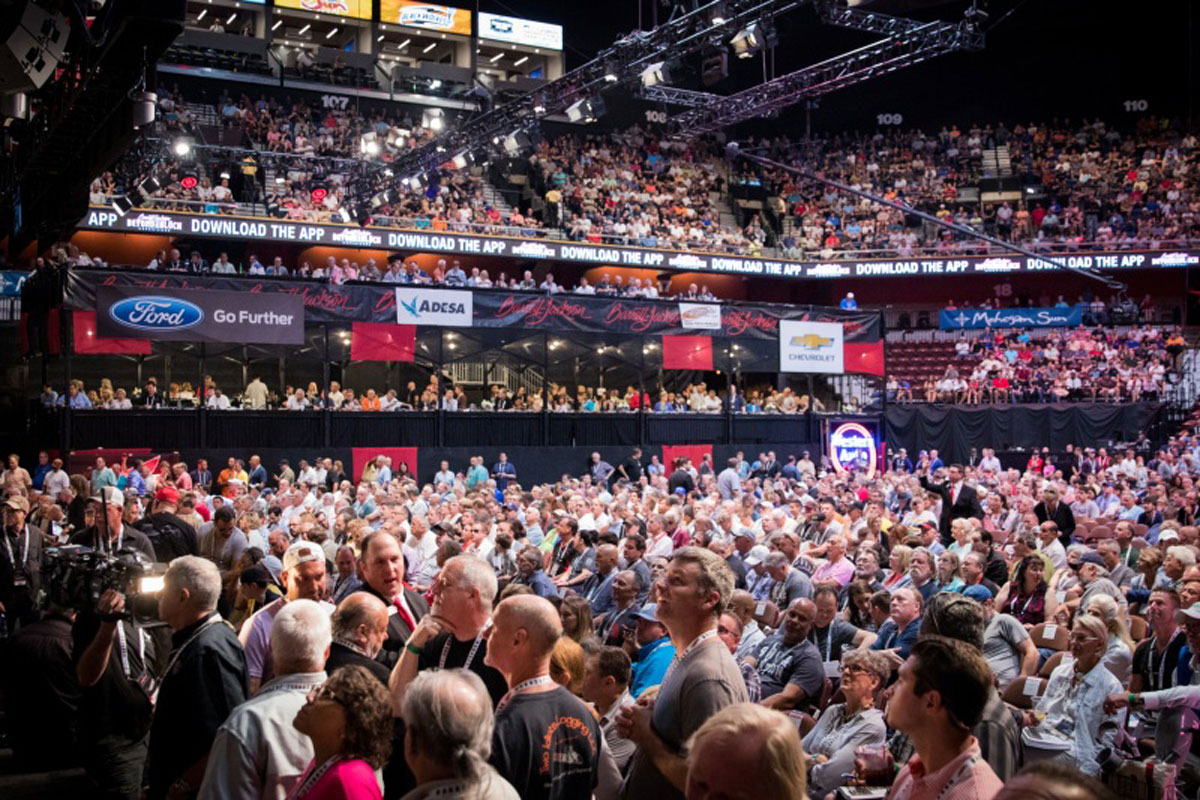 Northeast is the newest of the four auctions, but it's hitting a market that was previously untapped by the Barrett-Jackson community. Located inside of the luxurious Mohegan Sun Casino & Resort, Barrett-Jackson Northeast becomes an all-in-one package for those looking for the ultimate car collector, gaming, dining and lodging experience.

Northeast is entering its fourth year in 2019, but it feels like the event has already cemented its footprint in the area.

Attend the 2019 Northeast auction with an Official Ticket Package from Barrett-Jackson VIP Experiences:

Get My Northeast 2019 Package! 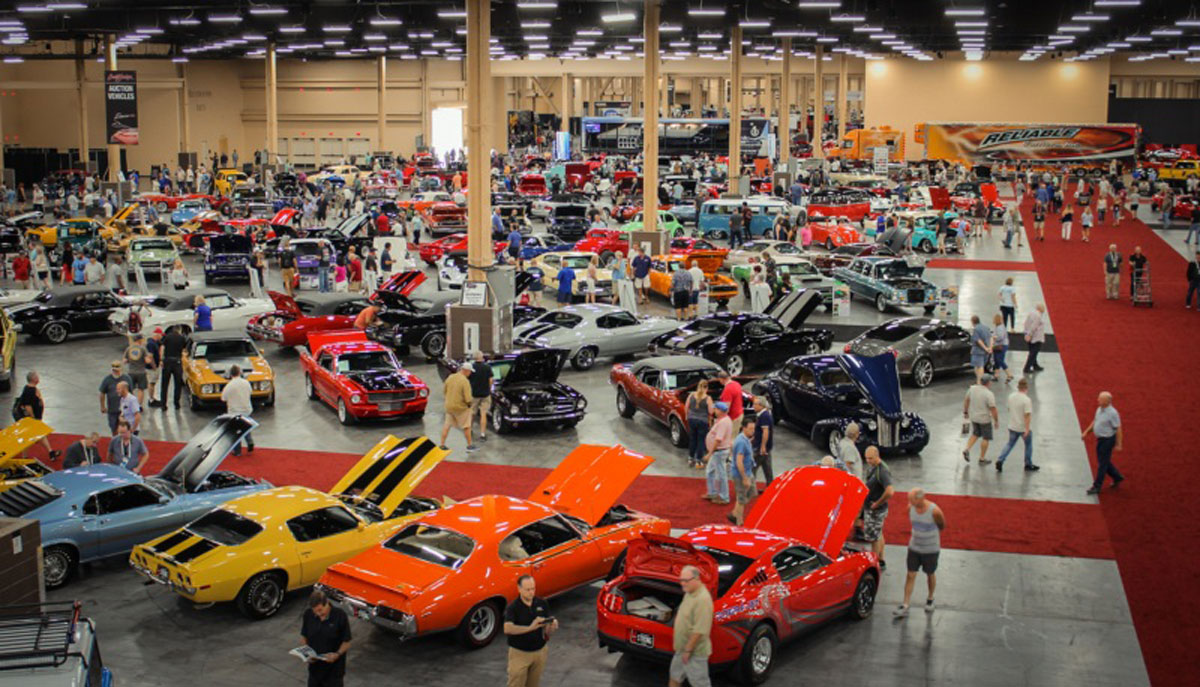 The Las Vegas auction hit the decade mark in 2017 and has seen increased sales numbers year over year since its inception. With Las Vegas being the final auction on the year, it has become a great way to top off the calendar and send the fans home with a bang.